Distrust of the electoral system is the primary reason many eligible voters opt to stay at home on election day. The logic is that if the results will be manipulated, then what’s the point of braving the early-morning cold to participate in a process whose outcome has already been predetermined?

Besides distrusting the electoral system, some eligible voters are also disillusioned with politics. Such voters simply cannot seem to draw a nexus between politics and good governance.

There’s also a category of voters who face systemic barriers. These barriers may be occasioned by difficulty in accessing voting cards, as well as intercommunity conflicts, natural calamities, or other unforeseen events that typically occur during the electioneering period, resulting in disenfranchisement of otherwise eligible voters.

Regardless of the category that you find yourself in, it’s important to appreciate the fact that voting is a civic duty. It’s true that your vote may not always count. But what matters is that you actually had your say at the ballot. 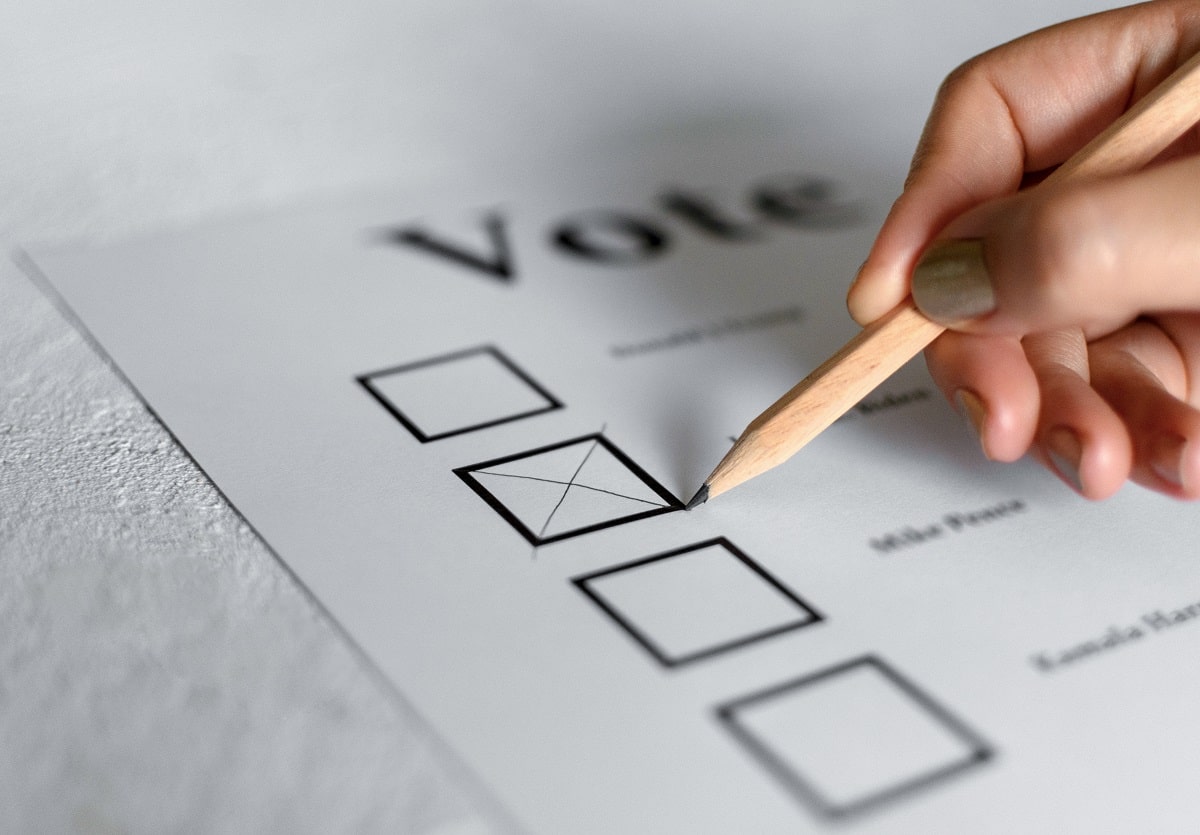 If you’ve always been skeptical about voting and politics at large, a suitable election quote may help change your perspective. We’ve rounded up the 35 most intriguing quotes that might help you combat voter apathy.

3. By voting, we add our voice to the chorus that forms opinions and the basis for actions ~ Jens Stoltenberg

4. Democracy is about voting and it’s about a majority vote. And it’s time that we started exercising the Democratic process ~ Debbie Stabenow

Related:   35+ Grief Quotes to Help You Cope With Loss

6. Every election is determined by the people who show up ~ Larry J. Sabato

7. If we don’t vote, we are ignoring history and giving away the future ~ Pat Mitchell

8. If you don’t vote, you lose the right to complain ~ George Carlin

9. It’s not enough to just want change … You have to go and make change by voting ~ Taylor Swift

11. Not voting is not a protest. It is a surrender ~ Keith Ellison

12. One of the penalties for refusing to participate in politics is that you end up being governed by your inferior ~ Plato

13. Our lives begin to end the day we become silent about things that matter ~ Dr. Martin Luther King, Jr.

14. Our political leaders will know our priorities only if we tell them, again and again, and if those priorities begin to show up in the polls ~ Peggy Noonan

15. So when you don’t vote, what you’re really doing is letting someone else take power over your own life ~ Michelle Obama

16. Someone struggled for your right to vote. Use it ~ Susan B. Anthony

17. Talk is cheap, voting is free; take it to the polls ~ Nanette L. Avery

18. The ballot is stronger than the bullet ~ Abraham Lincoln

19. The future of this republic is in the hands of the American voter ~ Dwight D. Eisenhower

20. The ignorance of one voter in a democracy impairs the security of all ~ John F. Kennedy

21. The vote is precious. It is the most powerful non-violent tool we have in a democratic society, and we must use it. ~ John Lewis

22. The worst thing that can happen in a democracy–as well as in an individual’s life–is to become cynical about the future and lose hope: that is the end, and we cannot let that happen ~Hillary Clinton

23. There’s no such thing as a vote that doesn’t matter. It all matters ~ Barack Obama

24. This right to vote is the basic right without which all others are meaningless. It gives people, people as individuals, control over their own destinies ~ Lyndon B. Johnson

26. Voting is as much an emotional act as it is an intellectual one ~ Monica Crowley

27. Voting is the expression of our commitment to ourselves, one another, this country, and this world ~ Sharon Salzberg

28. Voting is the only Constitutional right that we have to register for, that we have to sign up for. [You] don’t have to register to exercise your right to free speech, or register to exercise your right to free assembly, [but] voting, for so many people there are a ton of obstacles in the way. [There have been] last-minute, blatant attempts to suppress votes—and mostly people of color—and this is not new to our history… It’s an illness, and our democracy cannot survive this way ~ American Ferrera

29. Voting is the only way to ensure that your concerns matter. Period ~ Michelle Obama

30. We all have to vote like our lives and the world depend on it, because they do. The only way to be certain of the future is to make it ourselves ~ Billie Eilish

32. We have the power to make a difference. But we need to VOTE ~ Kylie Jenner

33. When there’s a vacuum in our democracy, when we don’t vote, when we take our basic rights and freedoms for granted, when we turn away and stop paying attention and stop engaging and stop believing and look for the newest diversion, the electronic versions of bread and circuses, then other voices fill the void. A politics of fear and resentment and retrenchment takes hold. And demagogues promise simple fixes to complex problems ~ Barack Obama

34. When we vote, our values are put into action and our voices are heard. Your voice is a reminder that you matter because you do, and you deserve to be heard ~ Meghan Markle

No matter where you’re based or how politically (un)conscious you are, the fact of the matter remains that elections will always happen.

It’s natural to be skeptical about voting and the whole subject of politics. That’s especially true if you’ve voted before but felt like your action didn’t produced the change you expected.

If you ever find yourself in that situation, you can always turn to the above collection of voting quotes for one more reason to hit the polling booth.