Overcoming alcohol, tobacco, or drug addiction is never a walk in the park. Much less for users already hooked to the habit. With plenty of drug cues all around us, it’s difficult to go a day without craving a puff or sip of your favorite drug.

But while drug addiction and dependency is real, cases abound of millions of users who succeeded in weaning off the effects of drugs from their system without experiencing major relapse. Among those are notable celebrities like Robert Downey Jr., Angelina Jolie, Daniel Radcliffe, and Jennifer Aniston.

One way to overcome alcohol or drug addiction is by arming yourself with sobriety quotes.

Sobriety quotes can come in handy whenever drug cravings strike. By repeating these quotes affirmatively, you can succeed in fending off seemingly irresistible drug cues, which is particularly useful for recovering addicts. 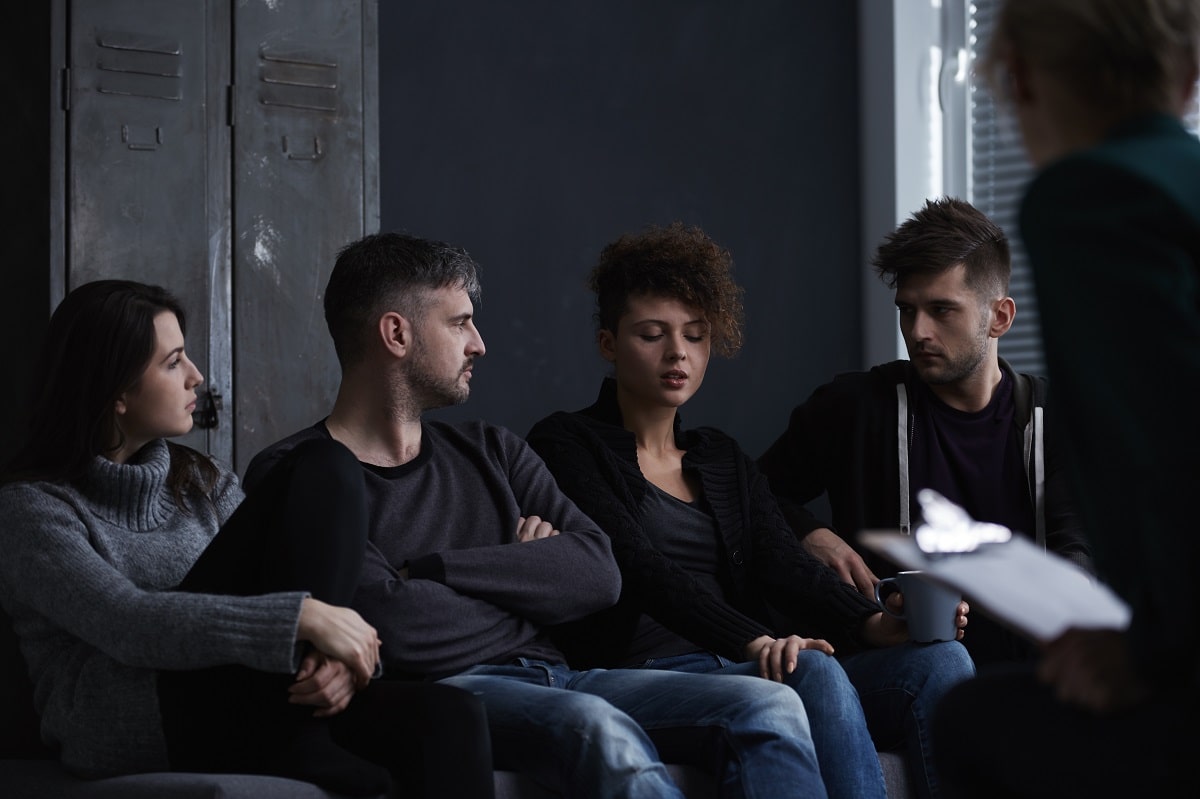 We’ve curated a list of the best sobriety quotes that will encourage you to overcome substance abuse.

1. A needle, a pill, a shot glass…they’ll never fill the void that only love can ~ Toni Sorenson

2. Addiction doesn’t hurt you nearly as much as it hurts the ones who love you because you numb your pain, they don’t ~ Toni Sorenson

3. Addiction is a family disease because one person uses but the whole family gets sick ~ Toni Sorenson

4. Better to sleep with a sober cannibal than a drunk Christian ~ Herman Melville

5. Don’t pick up a drink or drug, one day at a time. It sounds so simple. It actually is simple, but it isn’t easy—it requires incredible support and fastidious structuring ~ Russell Brand

6. Drunkards have a problem, not with sobriety, but with reality ~ Mokokoma Mokhonoana

7. Even though a number of people have tried, no one has yet found a way to drink for a living ~ Jean Kerr

8. Every drunk who gets wasted to minimize his problems wakes up with more and bigger problems ~ Toni Sorenson

9. Getting sober is a radically creative act ~ Meredith Bell

10. Getting sober just exploded my life. Now I have a much clearer sense of myself and what I can and can’t do. I am more successful than I have ever been ~ Jamie Lee Curtis

11. Getting sober was one of the three pivotal events in my life, along with becoming an actor and having a child. Of the three, finding my sobriety was the hardest thing ~ Gary Oldman

12. I don’t need alcohol to see the world in its depths, I carry the sun in me ~ Lamine Pearlheart

13. I kept waiting for something bigger, something more profound, something that I could hitch myself to and be carried away once and for all to the heaven-on-earth that I deserved. I kept struggling for control, which was really a demand for everything I wanted–peace, happiness, love, perfection–all at once, right now, and for all time. I wanted life to be perfect, always. And when it wasn’t, which was most of the time, I got really anxious, and when I got anxious, I started thinking about how good it would feel to get high again ~ William Cope Moyers

14. I personally believe this: We have only today; yesterday’s gone and tomorrow is uncertain. That’s why they call it the present. And sobriety really is a gift… for those who are willing to receive it ~ Ace Frehley

16. I’ve never met an alcoholic in recovery who doesn’t believe that this is the best thing they have ever done ~ Adam Clayton

17. It is the tendency of deep feeling to subdue the manner rather than to render it too energetic ~ Charles Haddon Spurgeon

19. Laughter is day, and sobriety is night; a smile is the twilight that hovers gently between both, more bewitching than either ~ Henry Ward Beecher

20. My main focus in sobriety has been to replace fear with faith or love ~ Steve-O

21. Not drinking makes me a lot happier ~ Naomi Campbell

22. Only when an addict learns to love himself will he feel he’s worth changing ~ Toni Sorenson

23. Recovery is not a race. You don’t have to feel guilty if it takes you longer than you thought it would ~ Anonymous

24. Sex parties, alcohol and drugs lost their appeal to Sven after a while. Music never did, in his continual search for that sober connection–intimacy with one person over a long period of time, as opposed to periods of intimacy with a bunch of random faces ~ Jess C. Scott

25. Sobriety was the greatest gift I ever gave myself ~ Rob Lowe

26. Sometimes you can only find heaven by slowly backing away from hell ~ Carrie Fisher

27. Strength of mind rests in sobriety; for this keeps your reason unclouded by passion ~ Pythagoras

28. The initial journey towards sobriety is a delicate balance between insight into one’s desire for escape and abstinence from one’s addiction ~ Debra L. Kaplan

29. There are hours for rest, and hours for wakefulness; nights for sobriety and nights for drunkenness—(if only so that possession of the former allows us to discern the latter when we have it; for sad as it is, no human body can be happily drunk all the time) ~ Roman Payne

30. There are women succeeding beyond their wildest dreams because of their sobriety ~ Mary Karr

31. There is nothing wrong with sobriety in moderation ~ John Ciardi

32. There’s not a drug on earth can make life meaningful ~ Sarah Kane

33. To sober up seems to many like making life “so serious,” as if seriousness precluded joy, warmth, spontaneity and fun. But there can be a delusional, blind quality to non-sober festivities. To have our eyes open soberly with all our senses and memory intact allows some of the most rewarding, soul-nourishing, and long-lasting pleasures possible ~ Alexandra Katehakis

34. Waking up clean and sober is the first gift of every day ~ Anonymous

35. We want ecstasy as a way of life, not a liver-poisoning alcoholiday from it ~ Crimethinc

36. When we think of addicts, we seldom associate the word discrimination ~ Asa Don Brown

37. When you enable the addict, you nourish the disease ~ Toni Sorenson

38. When you quit drinking you stop waiting ~ Caroline Knapp

39. Ya think that the whiskey tastes good? Try a big cup of sobriety—now that is the good stuff! ~ Steven Tyler

40. Your best days are ahead of you. The movie starts when the guy gets sober and puts his life back together; it doesn’t end there ~ Bucky Sinister

When it comes to treating drug and alcohol abuse, abstinence is always the most effective remedy. So, it’s advisable to stay away from alcohol and drugs, or at least consider quitting before the situation slips out of hand.

But even if you’ve already developed addiction, it’s never late to choose the path of cleanliness and sobriety. Repeating the above sobriety quotes might help expedite your recovery process, allowing you to wean off the effects of alcohol and drugs from your system sooner than you could ever imagine.