Brainstorming amazing birthday party ideas for nine-year-olds can seem like a daunting process. But it needs not be. Not when there are tons of unique and interesting ways to make your preteen kids’ birthday party an experience to relish forever.

We’ve put together a diverse collection of birthday party ideas for nine-year-old boys and girls. Read on and hopefully, you’ll find an idea that your little munchkins will surely love. 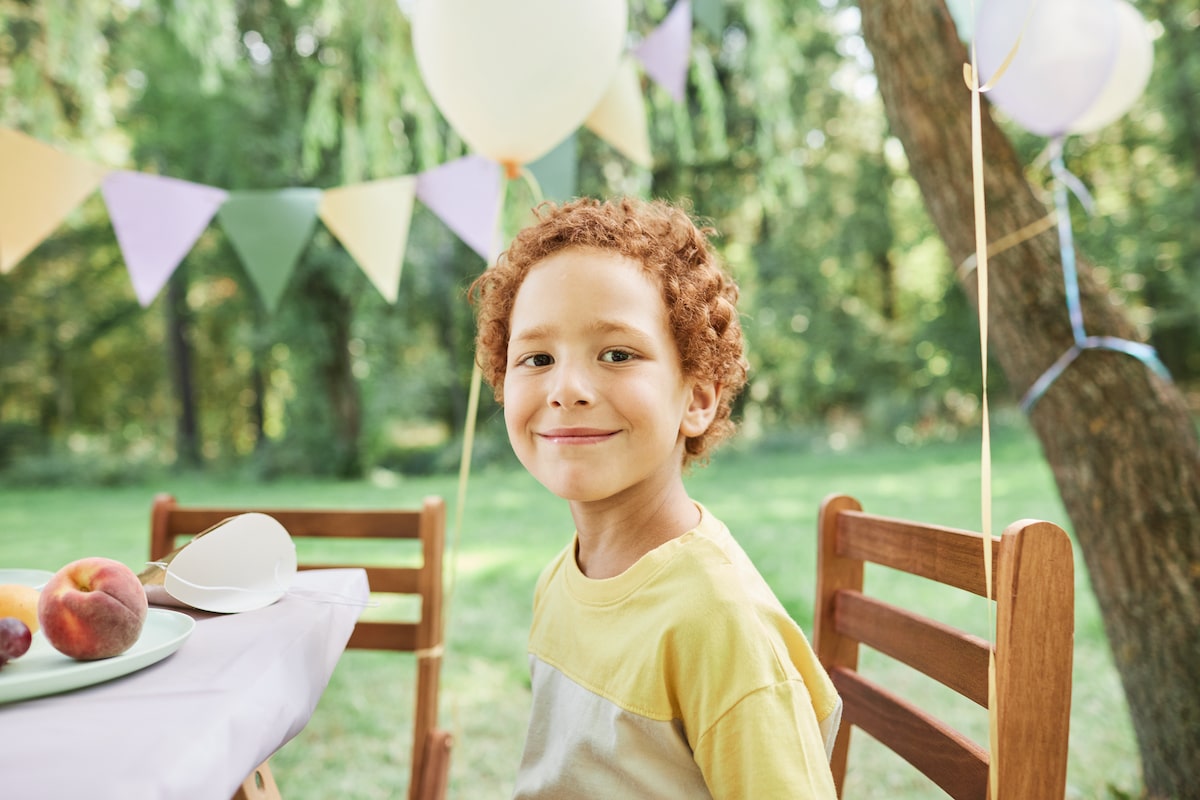 This is probably the most common birthday party idea for boys. But that doesn’t make it any less exciting.

Get your boys adorned in their favorite cartoon or fairy tale characters and line up a series of games for them.

To spice things up, opt for themed decorations and choose games relevant to the selected characters. And oh, don’t forget food and refreshments.

Boys and movies are simply inseparable. That makes a movie night party one of the best ideas for your son’s ninth birthday.

The primary requirement here is your child’s favorite movie or television series. Once you have that sorted out, arrange for some popcorn, forts, or blankets.

You might also consider printing dummy movie tickets to recreate an actual movie night experience. Then, invite as many of his friends as possible and let them have fun. 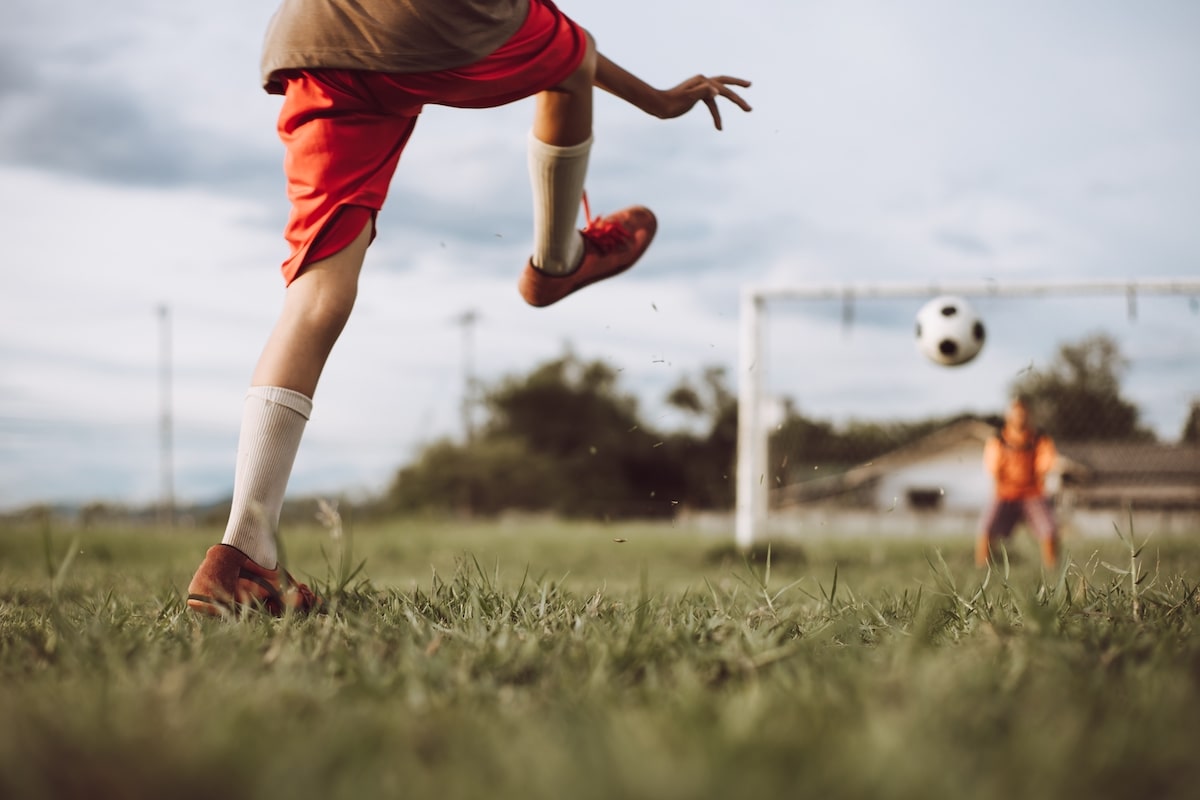 Soccer is to boys what music is to girls. So, you’ll never go wrong hosting a soccer party on your son’s ninth birthday.

Since football is a team sport, be sure to invite as many of your son’s friends as you possibly can. Then, divide the kids into two teams and let them have a blast competing against one another.

Remember to give each team a name after reputed soccer clubs. Also, do not forget to designate special awards for the winning teams. Then top it all by cutting a soccer-themed cake at the end of the event.

Related:   30 Ideas and Tips for Hosting a Sweet Sixteenth Party

Puzzle parties are an excellent way to hone your kids’ memory as well as problem-solving and decision-making skills. Now, when looking for the best puzzles for 9-year-olds, look no further than a maze.

Maze parties offer a fun way for your 9-year-old son to solve a puzzle with his friends. You could have the kids individually attempt to solve the puzzles. Alternatively, you could split them into two groups to encourage healthy competition.

Snacks will go a long way in adding more fun to the party, even as the children try to work their ways out of the puzzles. 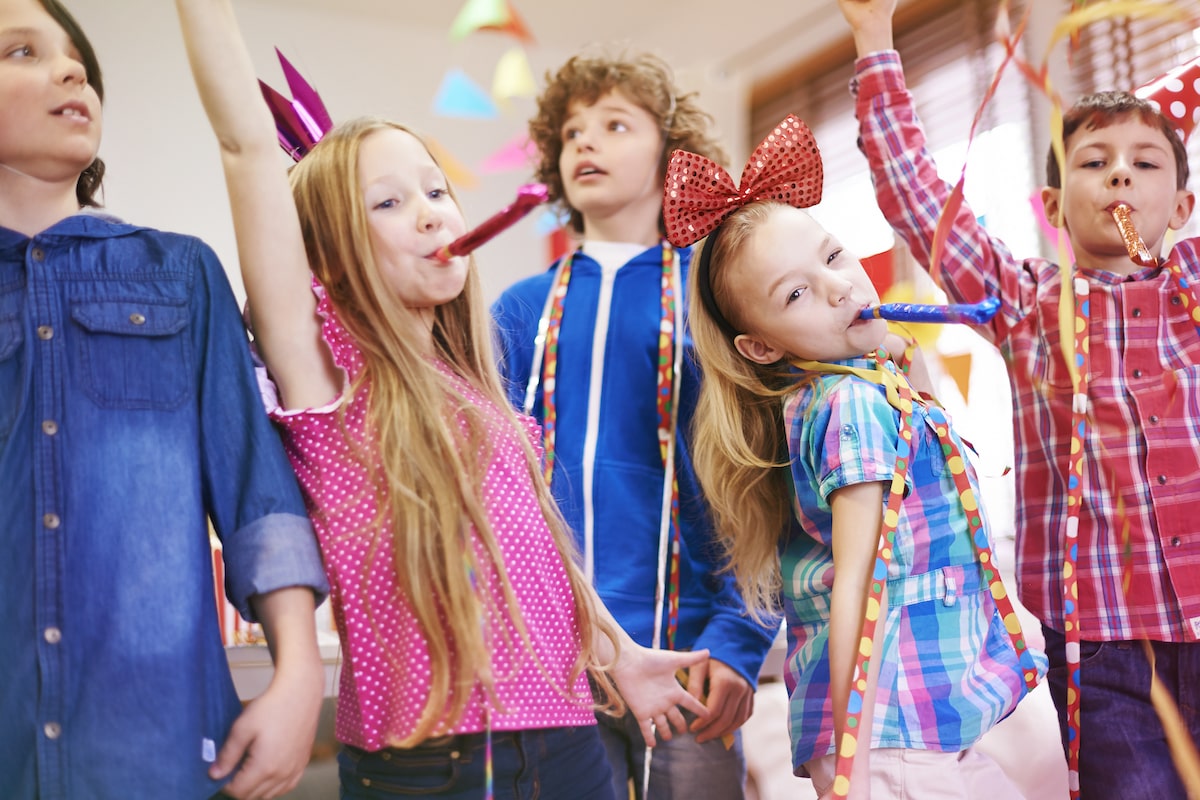 A disco party for a nine-year old? Sounds unlikely. But if your little boy is into music and dancing, then this idea will aptly suit him.

Begin by understanding the kind of music your boy loves. Does he have a thing for the oldies or he’s more into contemporary music?

Once you’ve established that, make a playlist of all the songs. Proceed to invite his friends over and have everyone dress the part. Then let the rhythms take them away as you occasionally punctuate the dancing sessions with food and snacks.

This is another creative party idea for nine-year-old boys that’s both fun and educational. The ideal place to hold such a party would be at a science laboratory. However, you can always improvise a science lab in one of the rooms in your house. Your backyard would do too.

Make arrangements for white coats and ensure everyone wears safety goggles. You may also need a pair of gloves, although it’s unlikely that there will be any harmful chemical reagents.

The idea isn’t to hold a real laboratory experiment. Rather, it’s to create an exciting scene that mimics an actual science club. That includes, among other things, preparing a flask cake for the birthday boy. 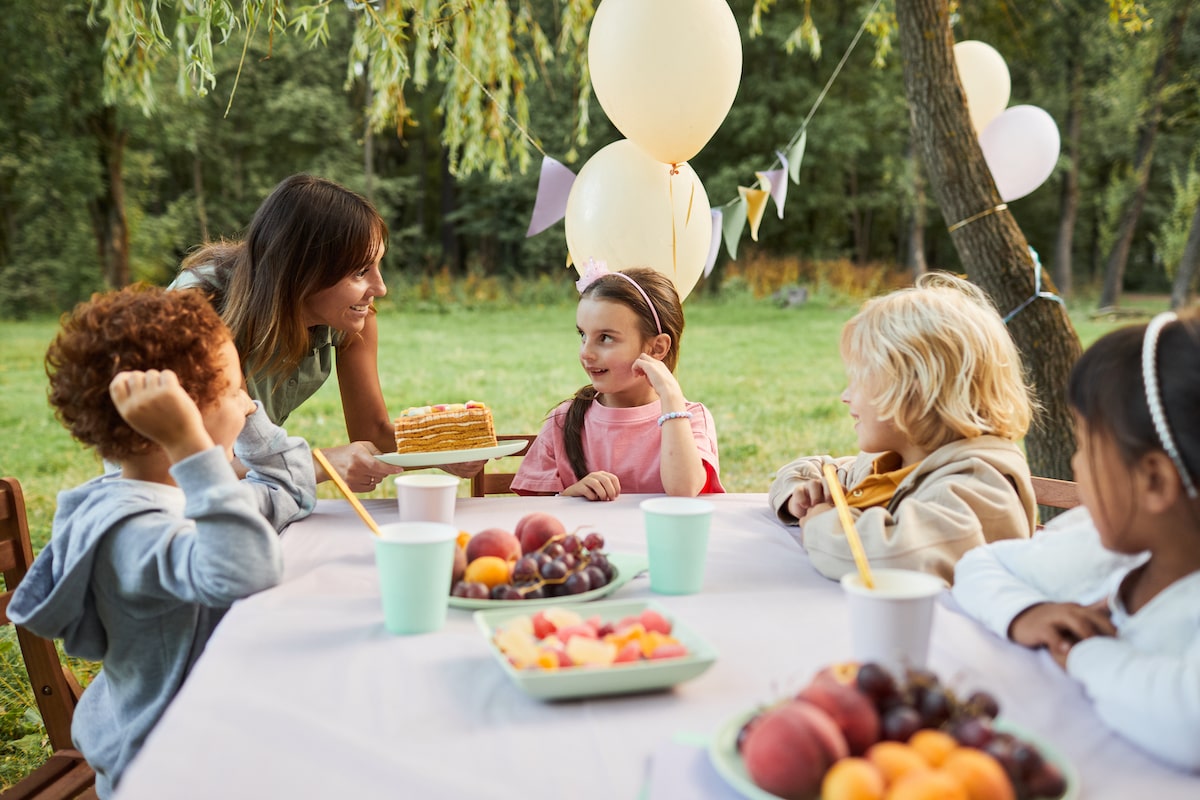 A pizza party is probably the only time you’ll freely allow your nine-year old girl to indulge her wild appetite for this yummy (but not-so-healthy) delicacy.

The party also offers you and your little girl an opportunity to put your culinary skills to the test. Besides, everyone gets to safely enjoy pizza that has been prepared using carefully selected ingredients.

Start by getting everyone to grab some dough. Next, have the birthday girl and her friends sprinkle on their favorite pizza toppings, then proceed to cook the pieces. When ready, the girls can share their pizzas to see who got the most delicious toppings.

As I hinted earlier on, it’s fairly difficult to meet a girl that doesn’t have a thing for music. So, when brainstorming birthday party ideas for girls of any age, always spare a thought for music and dance.

A karaoke party is one of the many exciting music-themed party ideas that you can use to wow your daughter on her ninth birthday.

The arrangements are as simple as inviting your daughter’s friends over and having everyone dress up as their favorite pop star. Then, let the girls take turns doing solo renditions of popular songs by their favorite artists. 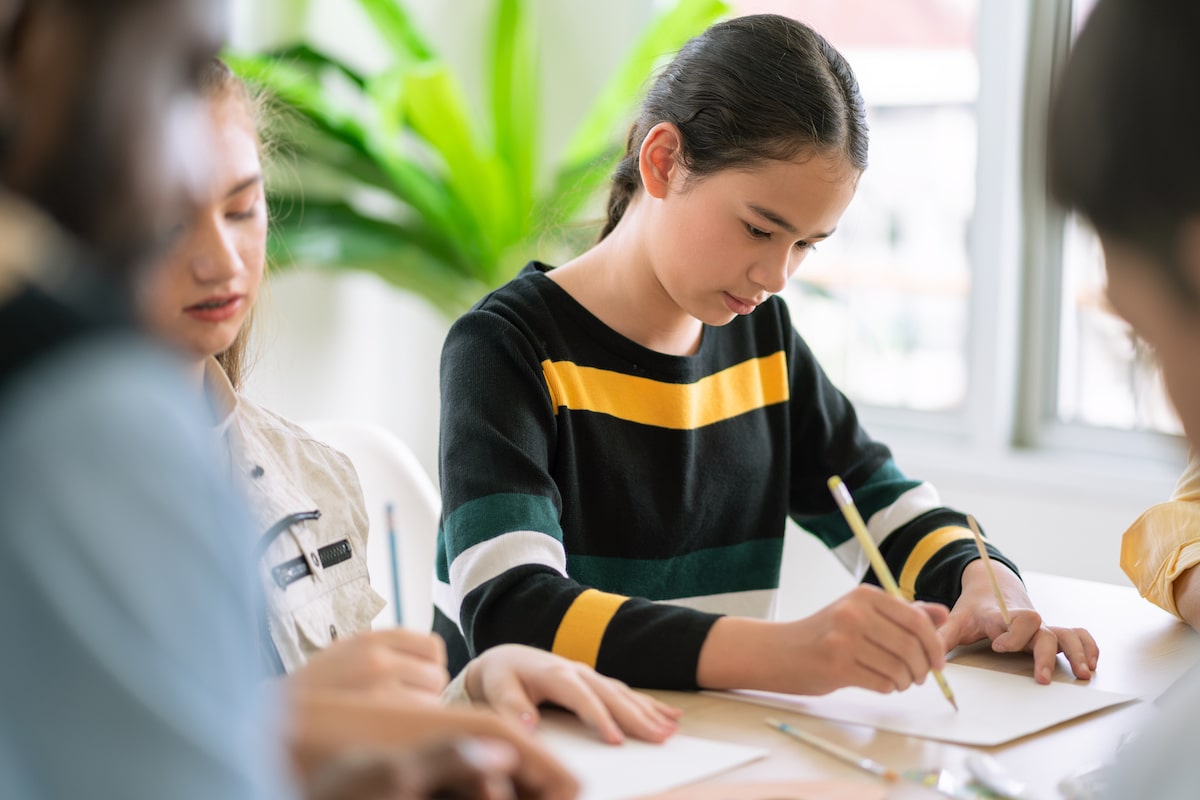 While boys have a deep love affair for the sciences, girls are known for their flair for the arts. That explains why an artist’s party ranks among the top birthday party ideas for nine-year old daughters.

Just like a music party, an artist’s party entails the birthday girl and her friends donning their favorite artist consumes. But instead of taking to the stage to put their vocal and dancing skills to the test, the participants would need to make drawings or paintings of their favorite artists.

If the girls are struggling to come up with accurate portraits of popular celebrities, you may have them try to draw or paint their partner’s pictures.

If your nine-old princess is an outdoor, nature-loving freak, then you certainly won’t go wrong arranging an adventurous picnic party on her birthday.

First, ensure the weather is right. Picnics are most enjoyable during warmer weather.

Grab the necessary gear, including clothing, shoes, and photography. Then, head to the local park, spread the blankets, and have the girls while the day away in the most exciting way they know how.

Until a few years ago, pirate parties were a preserve of boys. But that was long before girls discovered how fantastic these parties can be.

Like all other fun birthday party ideas for nine-year-olds on this list, pirate parties stand out for their interactive nature. At least every participant gets to be actively involved in the challenge.

All you need to do is decorate the girls in their favorite pirate. Then, have them embark on birthday treasure hunts in the house or your backyard. 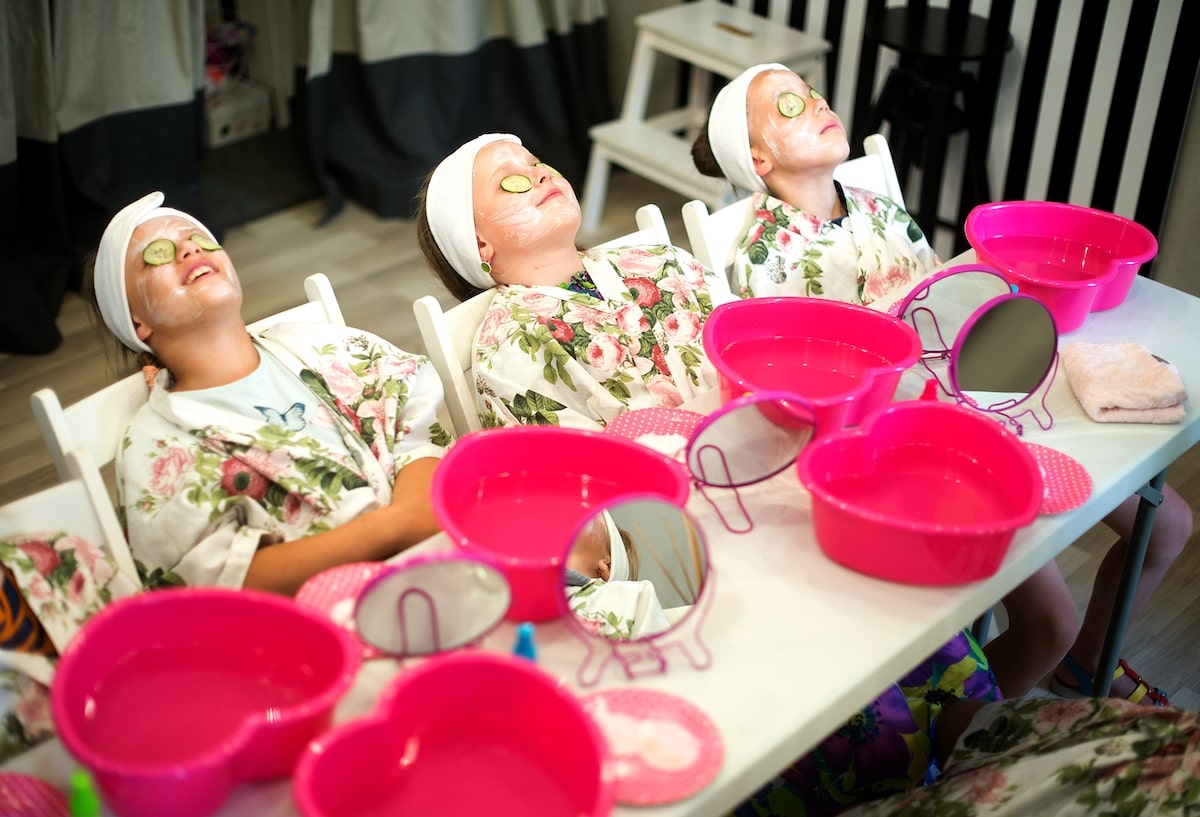 Your nine-year-old daughter will have an opportunity to enjoy endless spa therapies in the future (if she’s lucky enough to get a romantic boyfriend). So, why not familiarize her with the experience as early as on her ninth birthday?

Contrary to what you may think, a spa party for a nine-year-old’s birthday needs not be expensive. Just drop a few slices of cucumber in water, then offer your daughter and her friends soft robes and slippers.

Then, prepare them for an inexpensive pampering using readily available items. The treatment can include manicures and pedicures, as well as facial and hair treatments.

Birthdays only happen once a year. So, when your child is celebrating their ninth birthday, it’s only fair that you help them mark this occasion in style. The above-listed tips can be a great place to start your search for amazing 9th birthday ideas.