A stack of cards can be regarded as various people’s fetish. Many people collect cards just for the sake of it. However, it is good to pull out these cards from the archives from time to time. This is because cards are perfect for almost any occasion and can spice up even the most basic hangouts.

These cards can range from traditional card games to unconventional ones available in the market. However, these card games vary according to the number of players available. We’ve compiled a list of 20 perfect card games for all occasions based on this backdrop. Let’s dive right in!

This card game is highly suitable for teenagers having a slumber party or a night at summer camp. It has 250 cards from which two would be drawn out for the two players. They contain horrible scenarios and situations, and the game entails each player explaining why their card is the worst to the judge.

The player whose card the judge picks is the winner of that round. An example of what can be written in these cards includes “Be run into by a pack of hyenas” or “Fall into a pool filled with piranhas.”

This straightforward introduction to the class of climbing games is alternatively known as “Chairman” or “Scum.” This kind of card game is fascinating as it is entertaining for groups; it is suitable for 16 individuals.

The goal is to eliminate as many cards as possible as quickly as possible, and you must drop at least as many cards as the last person to play dropped, but with greater values. A new hierarchy of players is constructed based on the order in which players leave.

The game of Rummy entails building melds that are of the same set. Each player must keep drawing and discard cards to get these melds of the same value. This game has many variants, and many other kinds of Rummy have emerged from Rummy itself. Some of these different types of Rummy include Gin rummy, mystery rummy, and contract rummy. 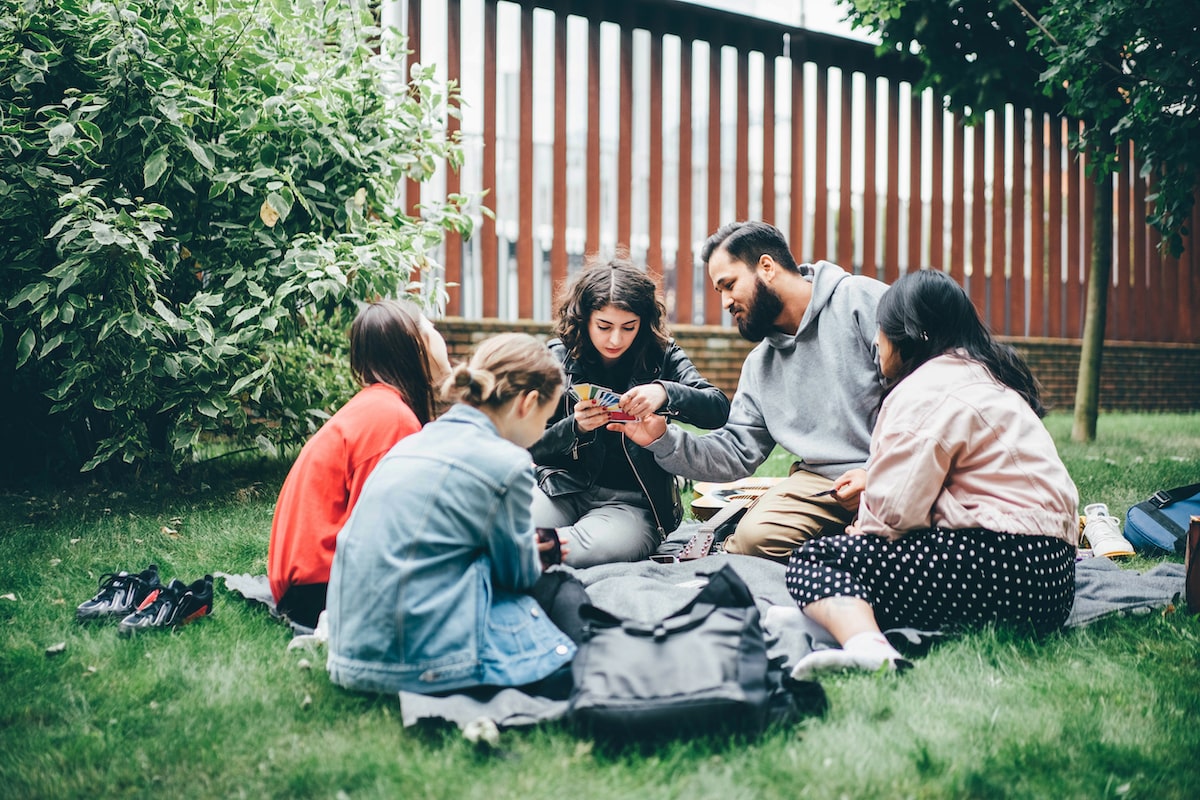 Spoons is a fun game for a group of friends, and it is also suitable for children. This game involves giving the players different cards with different shapes and one passing card. Cards are then passed to each other till one player collects cards with the same shape.

After collecting these cards, the player grabs a spoon in the center, which is the cue for others to do the same. However, there is one less spoon for the players, and the player who doesn’t get a spoon loses.

5. Cards Against Humanity (A Party Game For Horrible People)

This card game is quite similar to the popular “Never Have I Ever” game. The difference is that there are different things written on the cards in this game. Also, the player who is most likely to do those things, drinks. This game is suitable for slumber parties, girls’ nights/sleepovers, and even bridal showers.

This game involves drawing out various cards and reading the content of these cards. The contents of “bad people” often include somewhat negative comments or questions such as “Who is the most likely to get arrested,” among other similar content.

The person with the highest nominations gets to do a dare. This game is suitable for gatherings with enough alcohol to go round and a group of friends to have a good time and get drunk. 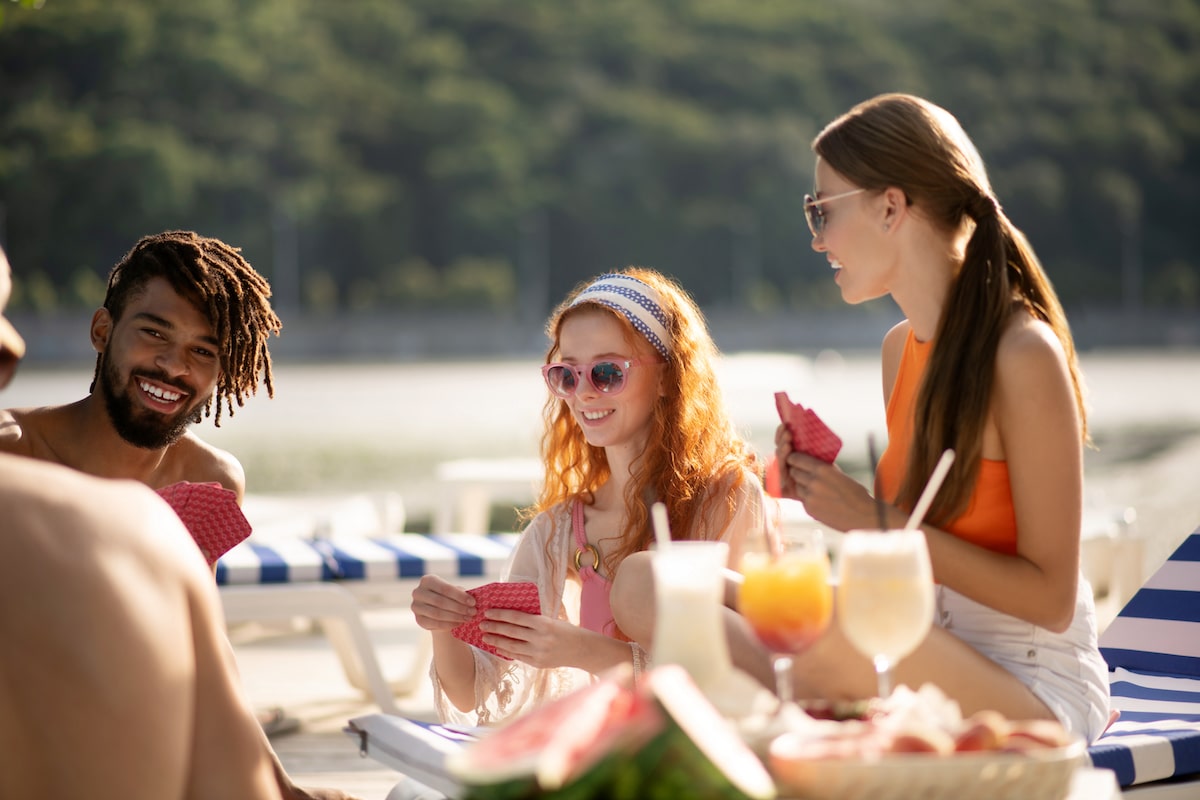 Also referred to as “Shit head” or “Karma,” Palace is a simple game whose goal is to avoid being the last player to get rid of your cards. A row of three face-down cards, a row of three face-up cards covering these, and a hand of three cards are given out to each player.

How the game works is that cards equivalent or greater than the card’s value on the discard pile have to be played. If this does not happen, that player would have to pack the whole pile. Palace is a game that families enjoy at the dinner table or after Thanksgiving.

9. These Cards Would Get You Drunk

As the name implies, this game is for a gathering of people to get drunk. It is also a game for people above the legal age required to take alcohol. This game also involves bringing out a card and reading its content to the players.

The player in the center has to do or act out the card’s content. Failure to do that would result in that player having to drink alcohol. This game does not require many rules and can be drawn out in the most informal settings.

The game of hearts is one of the most popular card games. As many as seven players can play it, and players also have the leverage to create their own rules. However, the most common way it is played is by avoiding trick-taking.

This game is suitable for individuals who have always loved the spotlight and always have at some point wanted to be in a TV show. It is important to note that this game is not suitable for people who have something to hide.

The game works because the person on the “hot seat” gets to answer questions about himself. The other players also try to guess the player at the center’s response to these questions. 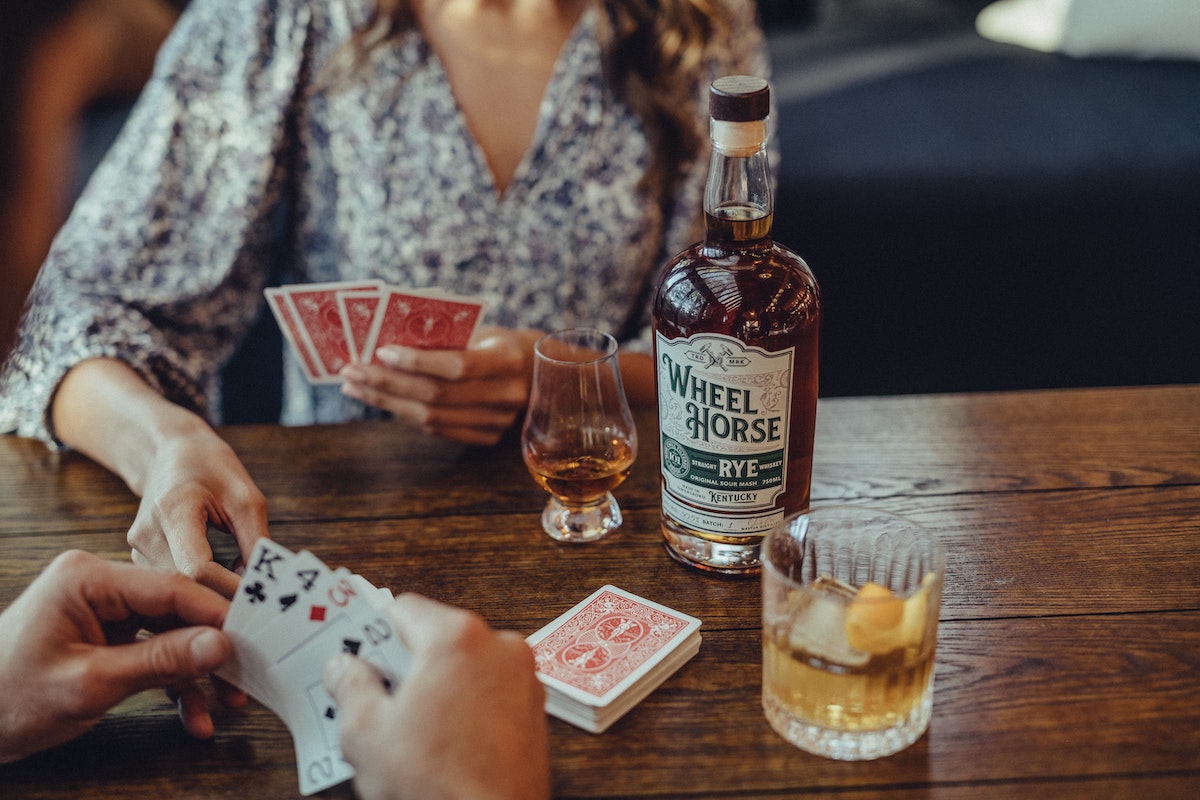 Like the game of hearts, this game is suitable for individuals who plan on staking. How the game works is that players try to bid how many tricks they would win in that round of the game. However, it is essential to note that this game is not suitable for newbies to trick-taking games.

This game involves misreading words or phrases and asking the players to figure out the correct pronunciation of those words or phrases. The first person to figure it out before time runs out wins, and the phonetic champion is the player with the most cards at the end of the game.

In addition, the content of that card has to be a hilarious scenario. An example of what could be in such a card includes “Who is the most likely to win Miss World dressed as the opposite sex.” The person with the highest votes then emerges as the winner for that round.

Solitaire games have grown popular over time. Its popularity is because this kind of card game is not only found on decks but can also be downloaded on PCs or our mobile devices. Solitaire is also easy to use, and this is one of the reasons it has gained popularity in the world of card games.

As a result, Solitaire can be played by kids and adults and used on any occasion. Solitaire games, just like the game of Rummy, come in different variants. It is also important to note that the difficulty level of each game varies according to the kind of solitaire game. 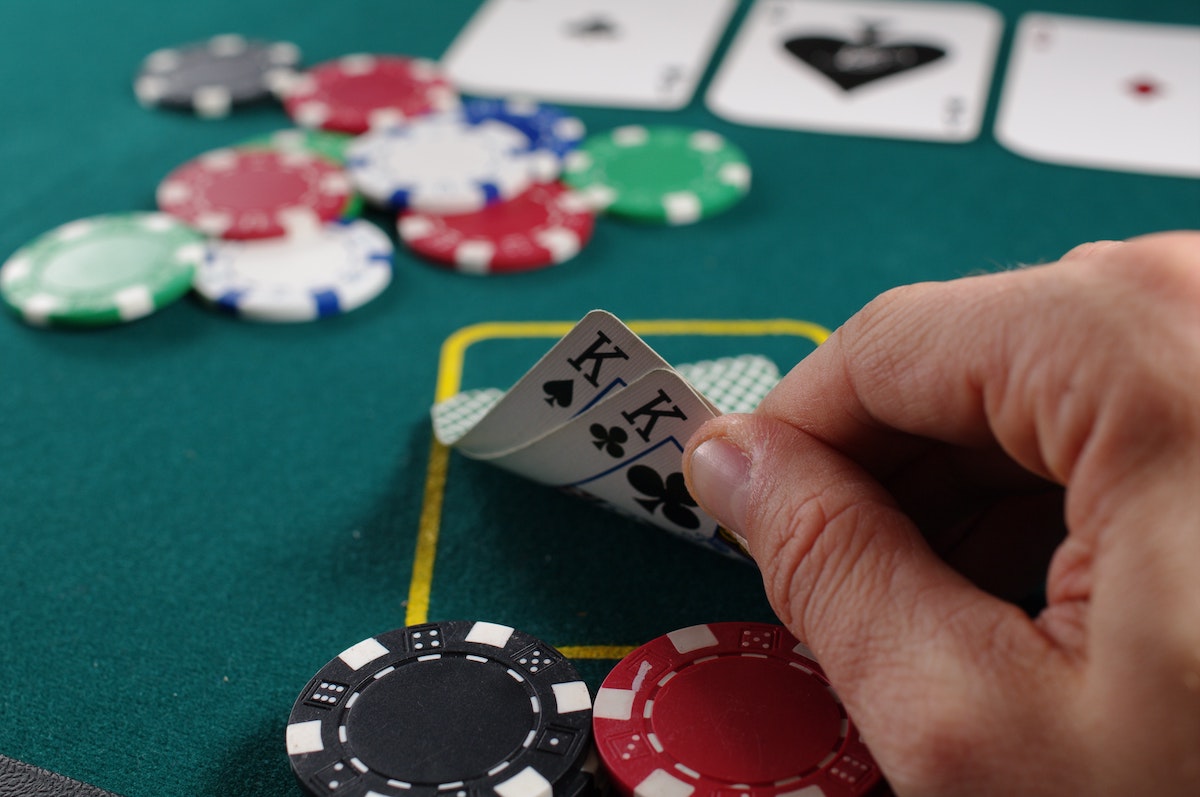 This game is perfect for individuals who love to brag. The game entails the players bluffing and betting chips with the best five poker cards. Word on the street is that this game is better enjoyed when actual money is at stake. However, this suggests that only gamblers can enjoy the game, which is invalid.

This game is best enjoyed by five people at most. This game is also referred to as cat and mouse. In this game, players take turns with two decks of cards and can be competitive.

As stated earlier, Gin rummy is a variant of the game of Rummy. However, Gin rummy can only be played by two people. Gin Rummy is a “knocking game” in which melds are retained in hand until the end of a deal, unlike Rummy.

A maximum of 4 players can only play this game. The rook game is a perfect card game for people interested in building their partnership skills. The goal is to win as many tricks as possible using point cards. The highest bidder gets to choose the trump they want and can trade with the “nest/kitty” to improve their hand.

In this card game, the highest bidder gets to pick the trump card while the other players are given a hand of 20 cards with their respective points. The melds of these cards also have their points.

There you have it! A curated list of excellent card games for any occasion. This goes to show that card games are one of the most versatile activities to slide into any event. As such, ensure you try out these games with your loved ones and create fond memories. Have fun!