Grit goes by numerous other names, including perseverance, resilience, fortitude, and tenacity. It refers to the unyielding courage and the firmness of mind to push forward, especially when there are forces working against you.

Grit is the one extra quality that separates accomplished people from the rest. Indeed, true success is defined by the ability to press on in the face of adversity and failure.

Grit is often classified alongside other noble character traits, such as industriousness and initiative, as one of the core success ingredients. It’s one thing to launch a project. But carrying it through to its logical completion requires a degree of grit.

Similarly, it’s one thing to get to the top. However, you need grit to remain there. If you interviewed some of the world’s most accomplished entrepreneurs on the secrets behind their success, they’d readily cite grit as one of their strongest points.

But as you might already know, it’s difficult to cultivate grit. That’s because humans are hard-wired to seek the easy way out. The paths of least resistance always offer better appeal than those paved with bumps and winding bends.

Therefore, staying true to your course in the face of danger and failure requires some inspiration. You can get that inspiration from your social circle, or from insightful publications by those who were once in your situation but came out stronger. You can also get the much-required inspiration to push forward from quotes about grit.

Grit quotes remind us that anything worth having is worth fighting for. And that nothing good ever came on a silver platter. You’ve got to pull all the stops to make it happen.

Grit quotes also serve as a constant reminder that we’re never alone in our quests for higher achievements. That moment you feel as if the whole world has turned its back against you, just remember there are millions of other people also struggling to remain focused despite the seemingly insurmountable forces working against their progress.

And whenever you feel like giving up, you can get reassurance from the fact that there are many who came before you and succeeded.

In this post, we’ve rounded up 45+ most sobering quotes about grit and the need to stay true to your dreams. These quotes will help you cultivate the culture of perseverance and tenacity. They’ll enable you to see the brighter side even when your plans appear to have hit a dead end.

Our collection of grit quotes also reinforce the old wisdom that hard work and perseverance have no substitute. And that the only way to realize your dreams is to pursue them diligently. These quotes may not necessarily change your fortunes overnight.

But they’ll surely give you the impetus to forge ahead no matter your present circumstances. Sometimes, a little incentive is all we need to push on with our plans.

Browse through the collection and hopefully, you’ll find a grit quote that speaks to your present circumstances. You can then save the quote and recite it every morning before embarking on your daily endeavors. 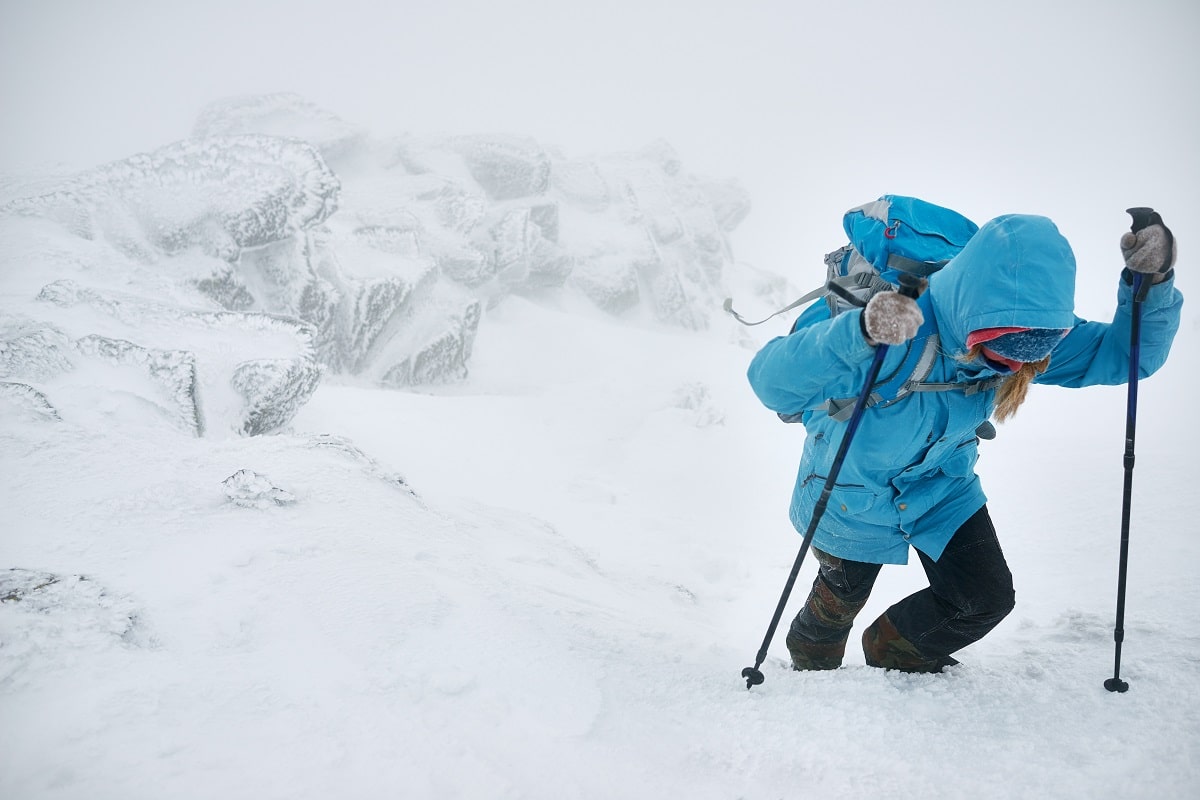 1. “Have the courage to follow your heart and intuition. They somehow already know what you truly want to become.” — Steve Jobs

2. “But it is a blessed provision of nature that at times like these, as soon as a man’s mercury has got down to a certain point there comes a revulsion, and he rallies. Hope springs up, and cheerfulness along with it, and then he is in good shape to do something for himself, if anything can be done.” ― Mark Twain

3. “There is no failure. Only feedback.” — Robert Allen

4. “It is time for us all to stand and cheer for the doer, the achiever – the one who recognizes the challenges and does something about it.” — Vince Lombardi

5. “Remember how far you’ve come, not just how far you have to go. You are not where you want to be, but neither are you where you used to be.” — Rick Warren

6. “In plain words, you’ve got to make up your mind to study whatever you undertake, and concentrate your mind on it, and really work at it. This isn’t wisdom. Any damned fool in the world knows it’s true, whether it’s a question of raising horses or writing plays. You simply have to face the prospect of starting at the bottom and spending years learning how to do it.” ― Eugene O’Neill

7. “Every great story happened when someone decided not to give up.” — Spryte Loriano

8. “No problem can withstand the assault of sustained thinking.” — Voltaire

9. “Grit is the persistence in following your own destiny.” — Paul Bradley Smith

10. “Grit is the grain of character. It may generally be described as heroism materialized, spirit and will thrust into heart, brain, and backbone, so as to form part of the physical substance of the man.” — Edwin Percy Whipple

11. “Above everything else I’ve done, I’ve always said I’ve had more guts than I’ve got talent.” ― Dolly Parton

12. “We like to think of our champions and idols as superheroes who were born different from us. We don’t like to think of them as relatively ordinary people who made themselves extraordinary.” ― Carol Dweck

13. “Grit is not just simple elbow-grease term for rugged persistence. It is an often invisible display of endurance that lets you stay in an uncomfortable place, work hard to improve upon a given interest, and do it again and again.” — Sarah Lewis

14. “Grit is having the courage to push through, no matter what the obstacles are, because it’s worth it.” — Chris Morris

Related:   50 Best Quotes From Up Movie To Inspire Your Next Adventure

15. “The harder the conflict, the greater the triumph.” — George Washington

16. “Grit is passion and perseverance for very long-term goals. Grit is having stamina. Grit is sticking with your future, day-in, day-out. Not just for the week, not just for the month, but for years. And working really hard to make that future a reality. Grit is living life like it’s a marathon, not a sprint.” — Angela Duckworth

17. “Life isn’t about finding yourself. Life is about creating yourself.” — George Bernard Shaw

18. “The future bears down upon each one of us with all the hazards of the unknown. The only way out is through.” ― Plutarch

19. “I shall be telling this with a sigh
Somewhere ages and ages hence:
Two roads diverged in a wood, and I—
I took the one less traveled by,
And that has made all the difference.”
― Robert Frost

20. “A grit mind strengthens all of your strengths.” — Pearl Zhu

22. “Great works are performed, not by strength, but by perseverance.” ― Samuel Johnson

23. “Leaders aren’t born, they are made. And they are made like anything else, through hard work. And that’s the price we’ll have to pay to achieve that goal or any goal.” — Vince Lombardi

24. “Character consists of what you do on the third and fourth tries.” — James A. Michener

25. “Effort is one of those things that gives meaning to life. Effort means you care about something, that something is important to you and you are willing to work for it.” — Carol Dweck

27. “Most of the important things in the world have been accomplished by people who have kept on trying when there seemed no hope at all.” — Dale Carnegie

29. “Anyone can be tough for a season. It takes a special kind of human to rise to life’s challenges for a lifetime.” ― Chris Matakas

31. “Grit is knowing who you are and where you are headed, moving determinedly forward with eyes fixed on the mark, rather than the obstacles that lie in wait.” — Christine Bisch

32. “True grit is making a decision and standing by it, doing what must be done. No moral man can have peace of mind if he leaves undone what he knows he should have done.” — John Wayne

33. “The only thing that overcomes hard luck is hard work.” — Harry Golden

34. “When our commitment is wavering, the best way to stay on track is to consider the progress we’ve already made. As we recognize what we’ve invested and attained, it seems like a waste to give up, and our confidence and commitment surge.” ― Adam M. Grant

35. “Successful people aren’t born successful. Behind it all there is hard work, persistence and a lot of grit.” ― Arshad Wahedna

36. “The focus on talent distracts us from something that is at least as important, and that is effort. As much as talent counts, effort counts twice.” ― Angela Duckworth

37. “Life may try to knock you down but be persistent with your passions – cultivate grit, resilience, tenacity and endurance success will come.” ― Amit Ray

38. “Grit is having the courage to do the right thing, regardless of the popularity or consequences.” — Joan Hall

39. “Grit is that extra something that separates the most successful people from the rest. It’s the passion, perseverance, and stamina that we must channel in order to stick with our dreams until they become a reality.” — Travis Bradberry

40. “It’s not that I’m so smart, it’s just that I stay with problems longer.” — Albert Einstein

41. “To succeed at anything worthwhile in life requires persistence, no matter how gifted, fortunate, or passionate you are. When I interviewed late bloomers for this book, nearly every one said that once you find your passion and your “pot,” you need to hang in there – you need to persist.” ― Rich Karlgaard

43. “Never give up on something that you can’t go a day without thinking about.” — Winston Churchill

44. “Picture your brain forming new connections as you meet the challenge and learn. Keep on going.” — Carol Dweck

46. “There isn’t a person anywhere who isn’t capable of doing more than he thinks he can.” ― Henry Ford

47. “Grit is picking yourself up and moving forward even when you think you can’t take one more step.” — Christy Mossburg