Regardless of age, gender, and occupation, entertainment is an essential element you should never overlook. After spending hours at work or school, there’s nothing better than engaging in an activity specially created for you to have fun.

One of the remarkable ways technology has improved our lives is by providing us with unending sources of images, and videos, which can easily be used to pass the time. With an internet-connected laptop or tablet, you can access funny videos, read comics, and socialize with people worldwide. However, this gift is like a blessing and a curse.

Slowly but surely, kids are beginning to forget some fantastic means of having fun and connecting with their friends and family, which do not involve staring at a screen.

For this reason, we have outlined awesome board games your kids will enjoy. Sit back, relax, and let’s begin!

1. Stories Of The Three Coins 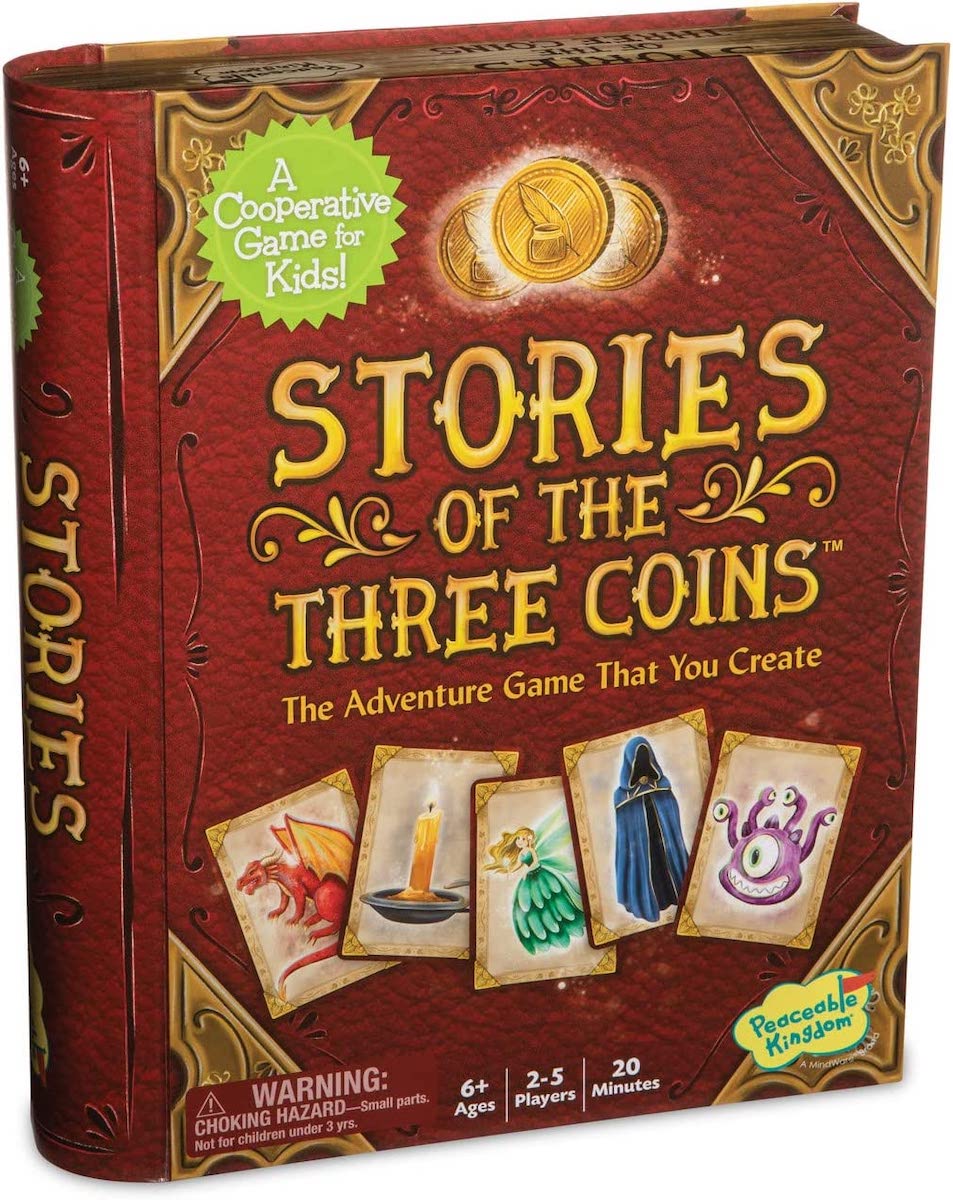 Stories Of The Three Coins will be a great hit if your kids are six and above. The game’s objective is to help a traveler find a happy ending in the magical land of Storia before the inkwell dries up.

After the players have decided which card would be the traveler, the first player begins the story by turning over three cards and secretly marking the card they would like to be in the story next with the three magic coins. The other players take turns to guess which card the first player has marked. If they are wrong, the inkwell market goes down.

The best part about this game is that it helps the players enhance team spirit, critical thinking skills, and creativity while having fun. 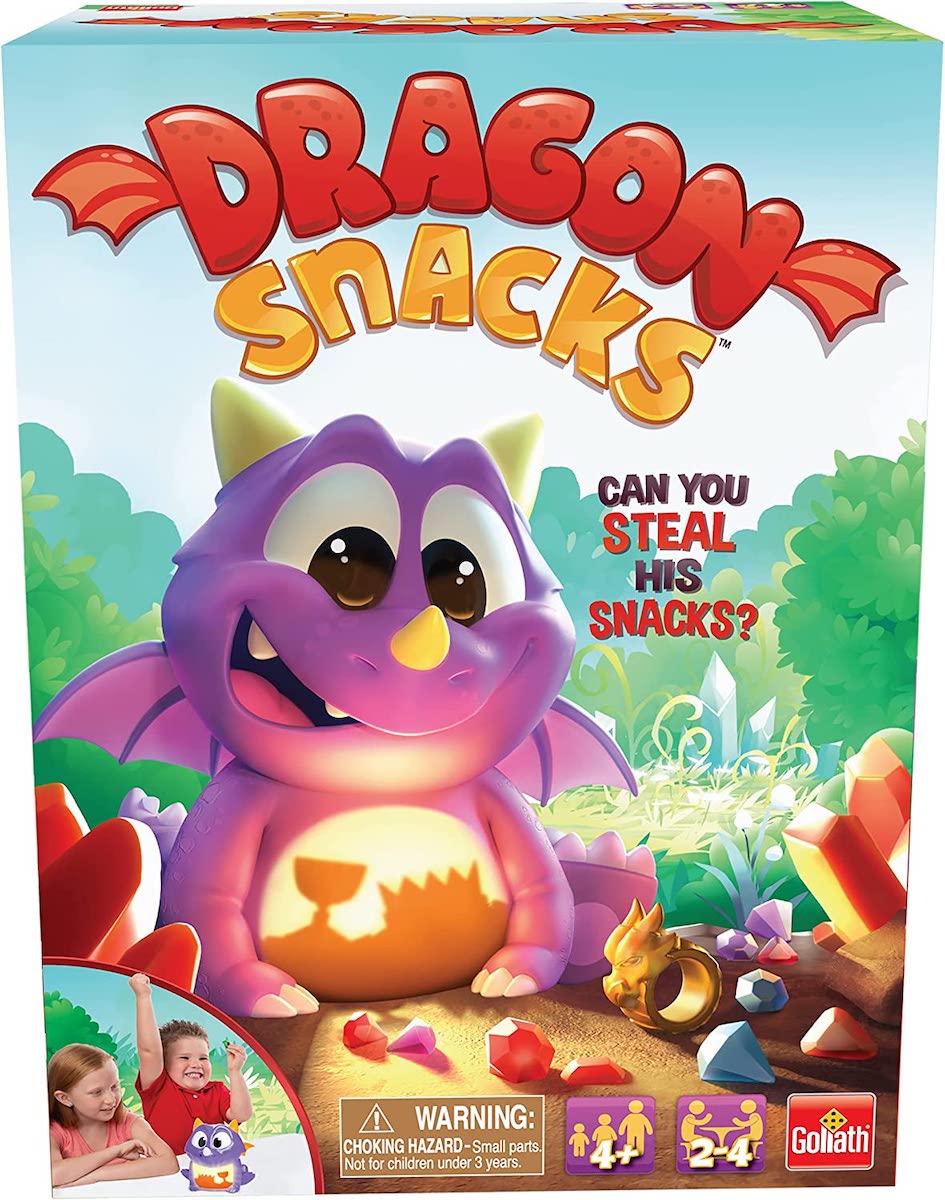 Dragon Snacks is a lovely board game for preschool-age kids. In this game, the players try to retrieve the colorful treasure a mischievous baby dragon has gobbled up.

Watch out, though! If the dragon roars after a player waves their hand, they have to forfeit their turn and hand over to the next to try their luck. Isn’t that a great way to teach kids how to respect boundaries? 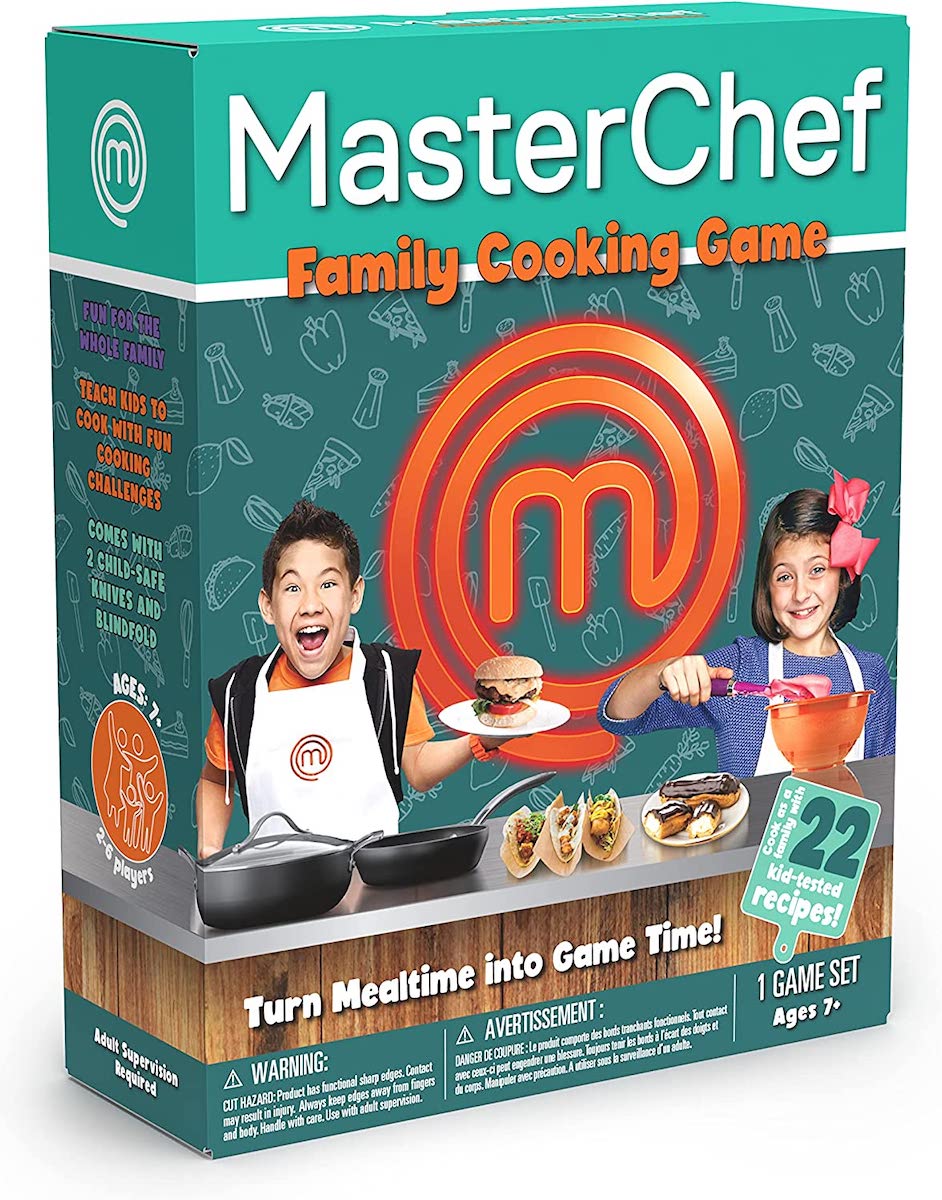 Cooking is one of the many skills necessary to survive in today’s world. This game is unique because it helps kids identify basic recipes and ingredients and makes meal time very adventurous.

This board game has 22 family-tested recipes and different challenges which you can choose from depending on what you want to try out. Before selecting a challenge, you should check to ensure you have all the ingredients you need or a close substitute depending on dietary needs.

Related:   30 Exciting Outdoor Games To Try With Your Family

When you have finished preparing the dish, check out the judges’ score cards and celebrate your success by consuming your five-star meal!

Are you a dog lover? Do you love solving puzzles and mysteries using cryptic clues? Come closer because you’ll surely enjoy this game.

Dog Crimes is a fantastic board game that allows kids to become a mini Sherlock Holmes and apply principles of observation and deduction.

There are 40 different mysteries, and each has a series of clues that inevitably help you discover which of the six suspects is the felon canine. Your kids will have lots of fun apprehending those criminals and bringing them to justice! 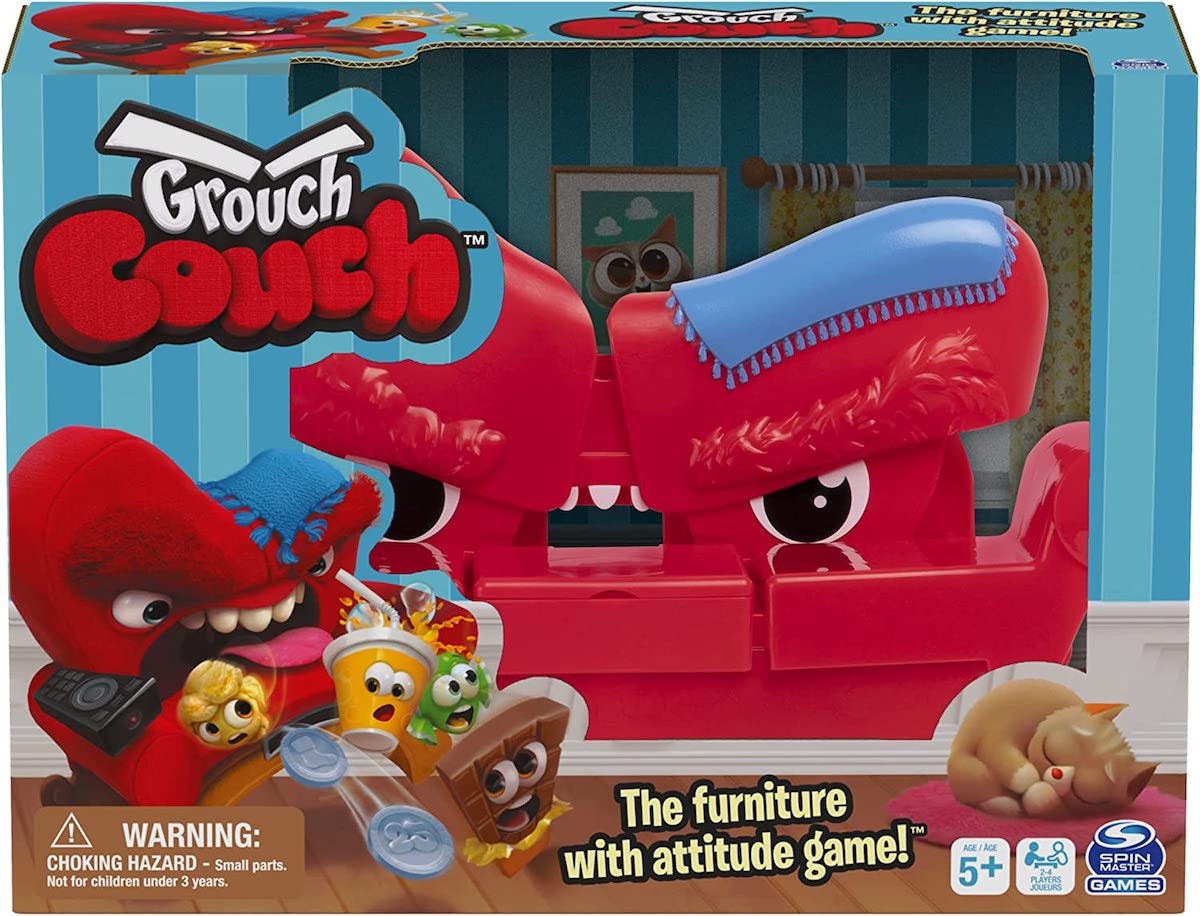 This game takes the term “couch potato” to a whole other level. You’ll need about four players and some batteries. Before you begin, you’ll have to set up the surly couch with batteries and fill it up with the lost goodies. Once that’s done, you can begin.

Each player will roll a die and collect the number of treats that coincides with what they rolled on the couch. Afterward, they will press the remote and see how many treats the couch eats. If they’re lucky, the couch might spit out some lost goodies after eating their treats! At the end of the game, the couch will sing a victory song. The player with the most goodies wins.

You will have difficulty holding back your giggles when you hear the funny noises the grumpy couch will make! 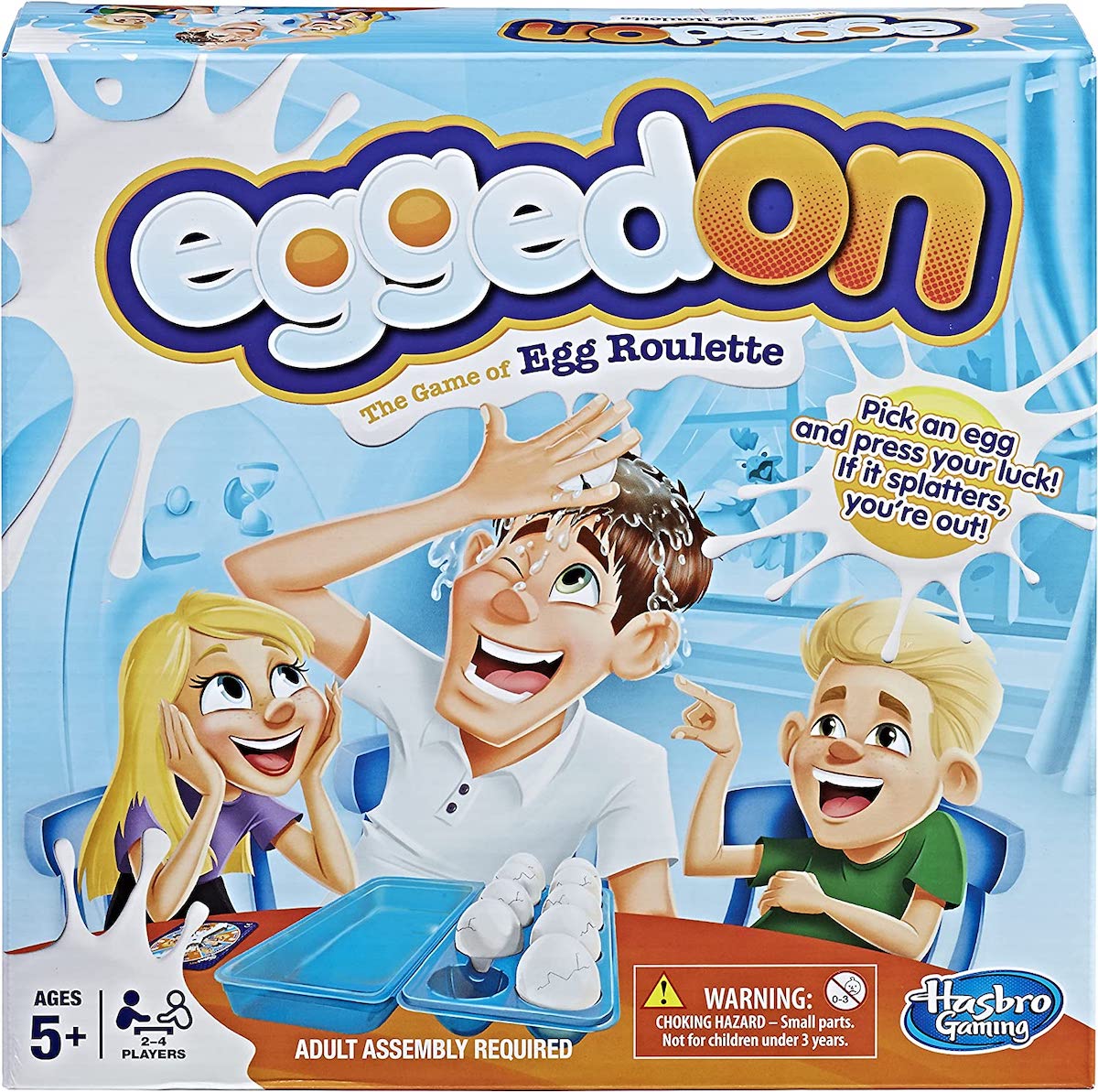 Of all the sensational games we’ve mentioned thus far, Egged On is the only one that’s best played outdoors where there are no rugs or slippery tiles. If you’re down for a bit of messy fun, Egged On is egg-xactly what you need!

The moment a player selects and smashes the water-filled egg, they’re out. If you don’t mind the mess, you can spice things up by using milk instead of water! 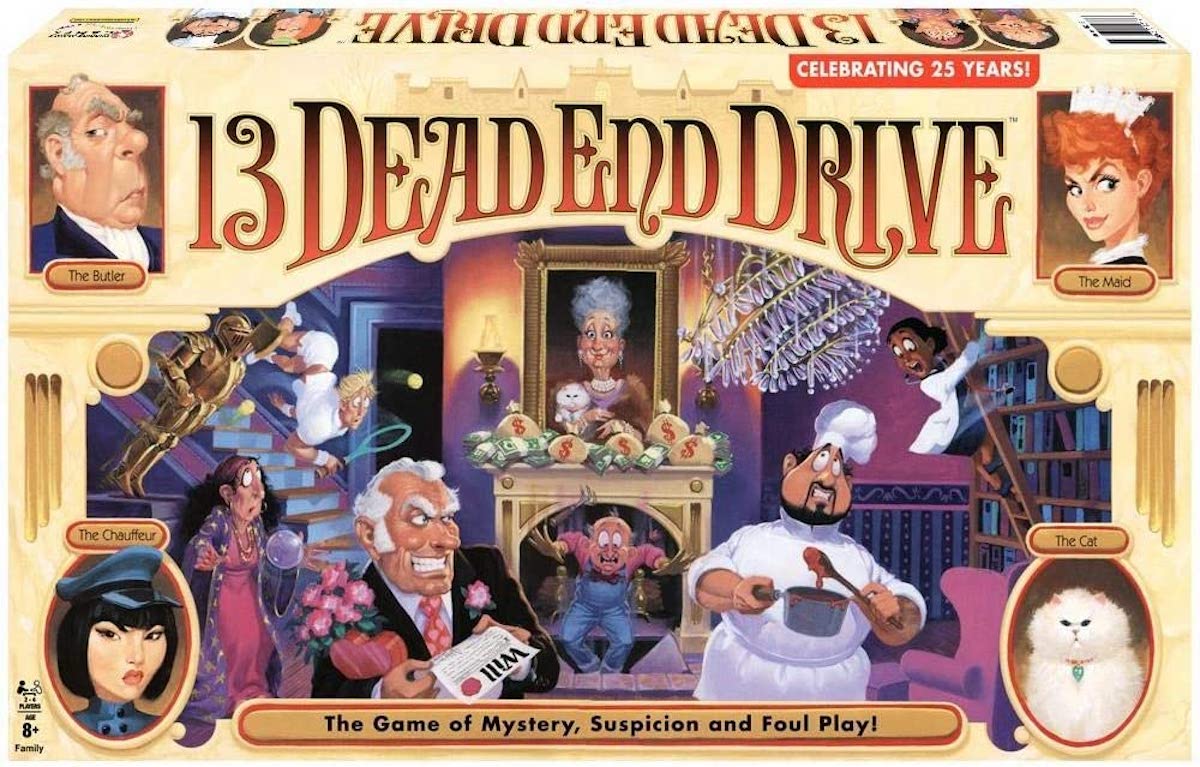 Everyone loves a good trick and unexpected booby traps. If you throw an enormous fortune that is up for grabs, it will be easy to understand why 13 Dead End Drive is fantastic.

The storyline for this game goes thus: Auntie Agatha passed away, and she had no living relative to inherit her vast fortune. Her 12 friends are competing to claim her estate. To win, they have to evade all the traps in her mansion without getting caught.

It only takes about ten minutes to set up the mansion and booby traps, and each player can use up to three to four characters. Wait till you see all the mischief the kids will get into to claim the treasure!

Related:   80 This or That Questions for Couples 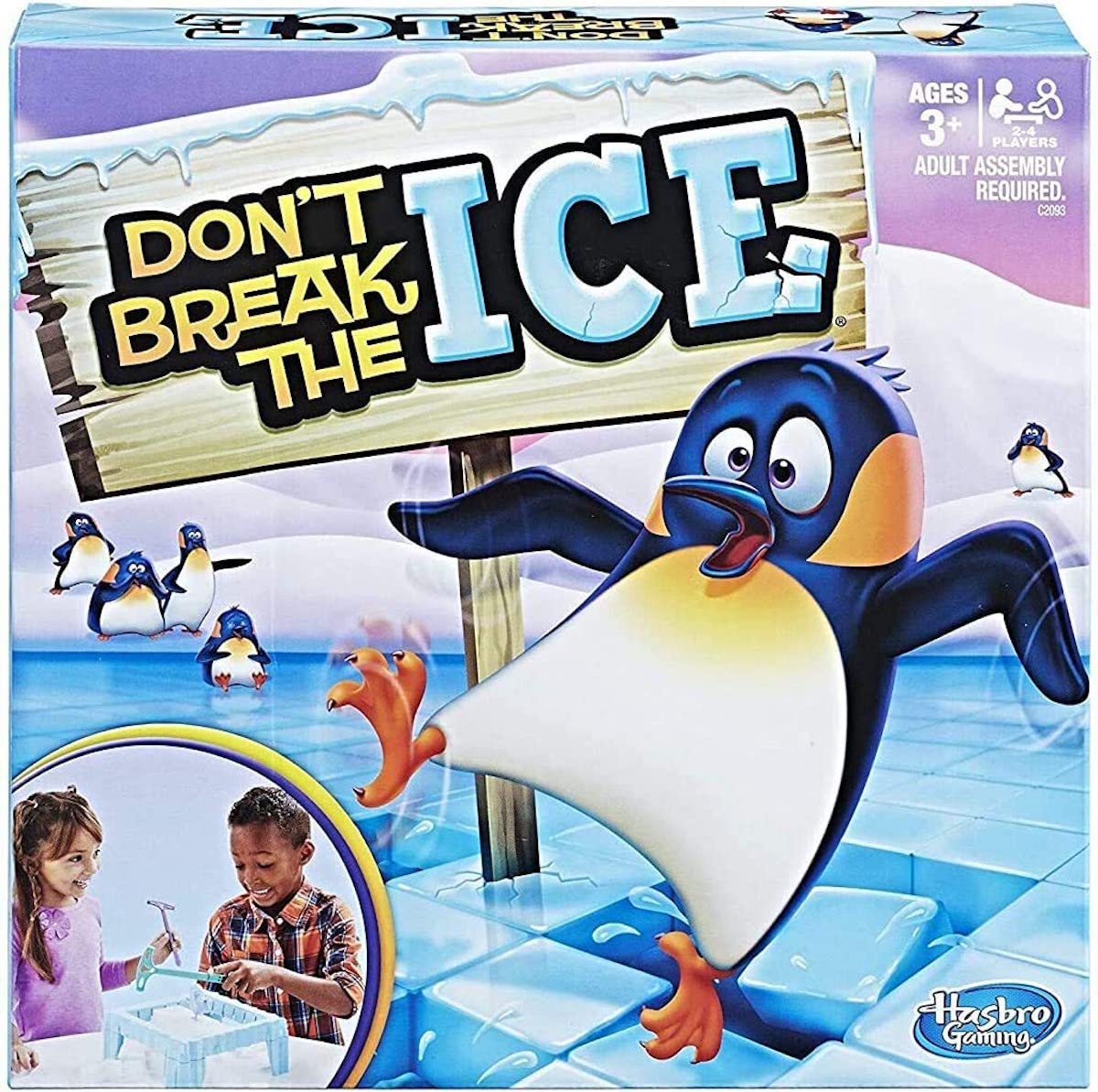 This game is perfect when you’re trying to make your kids understand the importance of responsibility and stop them from destroying things at home. It’s designed for two players who are three and above.

The goal of this game is to help Phillip the Penguin gather ice blocks he can use to create an igloo without making him fall through the block of ice. Each player takes turns knocking off blocks of ice until one of them causes the penguin to fall.

You can play this game as many times as you’d like! 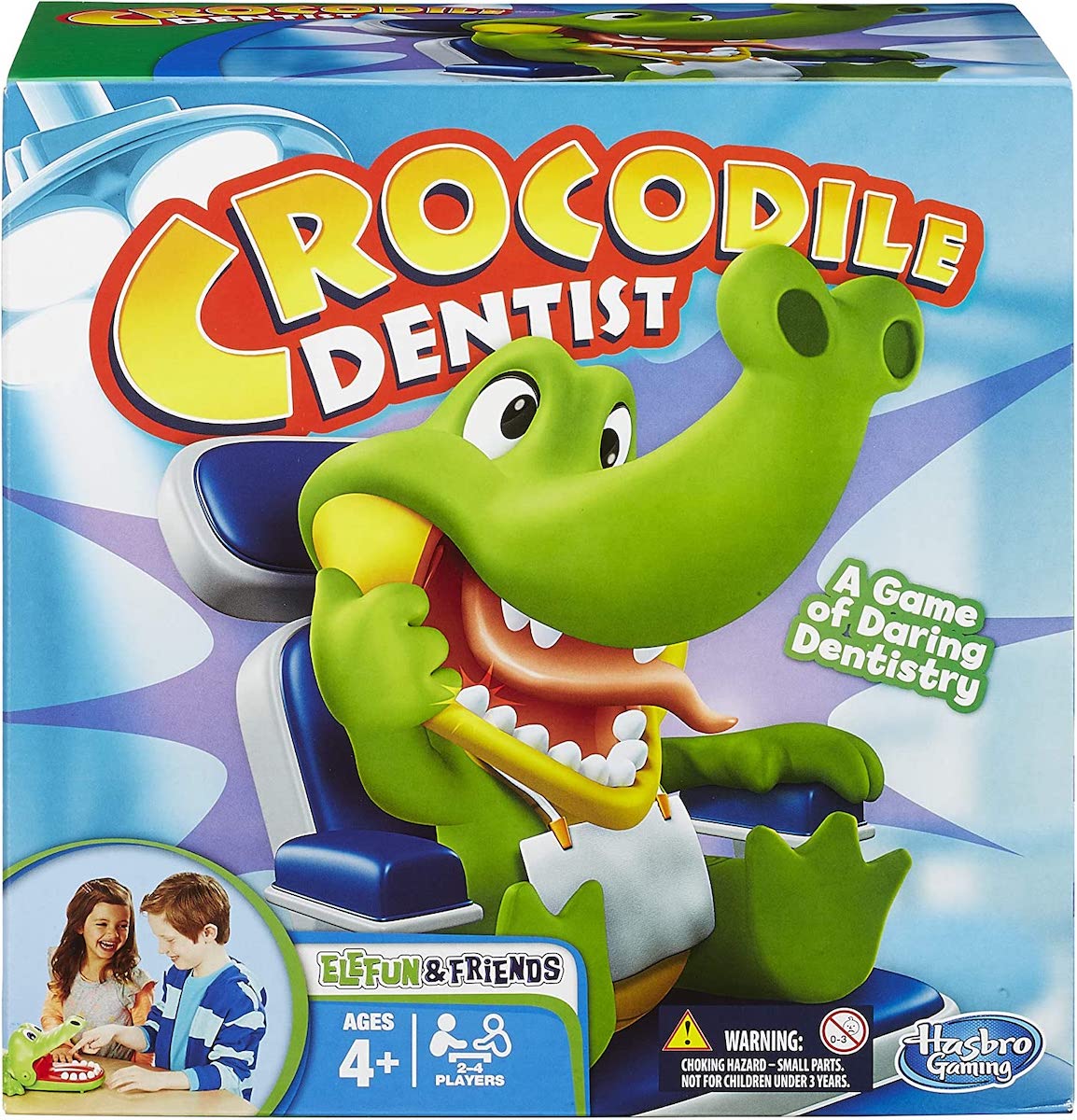 At some point, you and your friends would have had fun playing doctor while you were growing up. Crocodile Dentist is a nice variation of that game. It’s super easy to set up and play.

A cranky crocodile has decided to visit the dentist to help it take care of his sore teeth. Each player takes turns pressing one tooth until the crocodile snaps and closes its mouth on one of the player’s fingers. 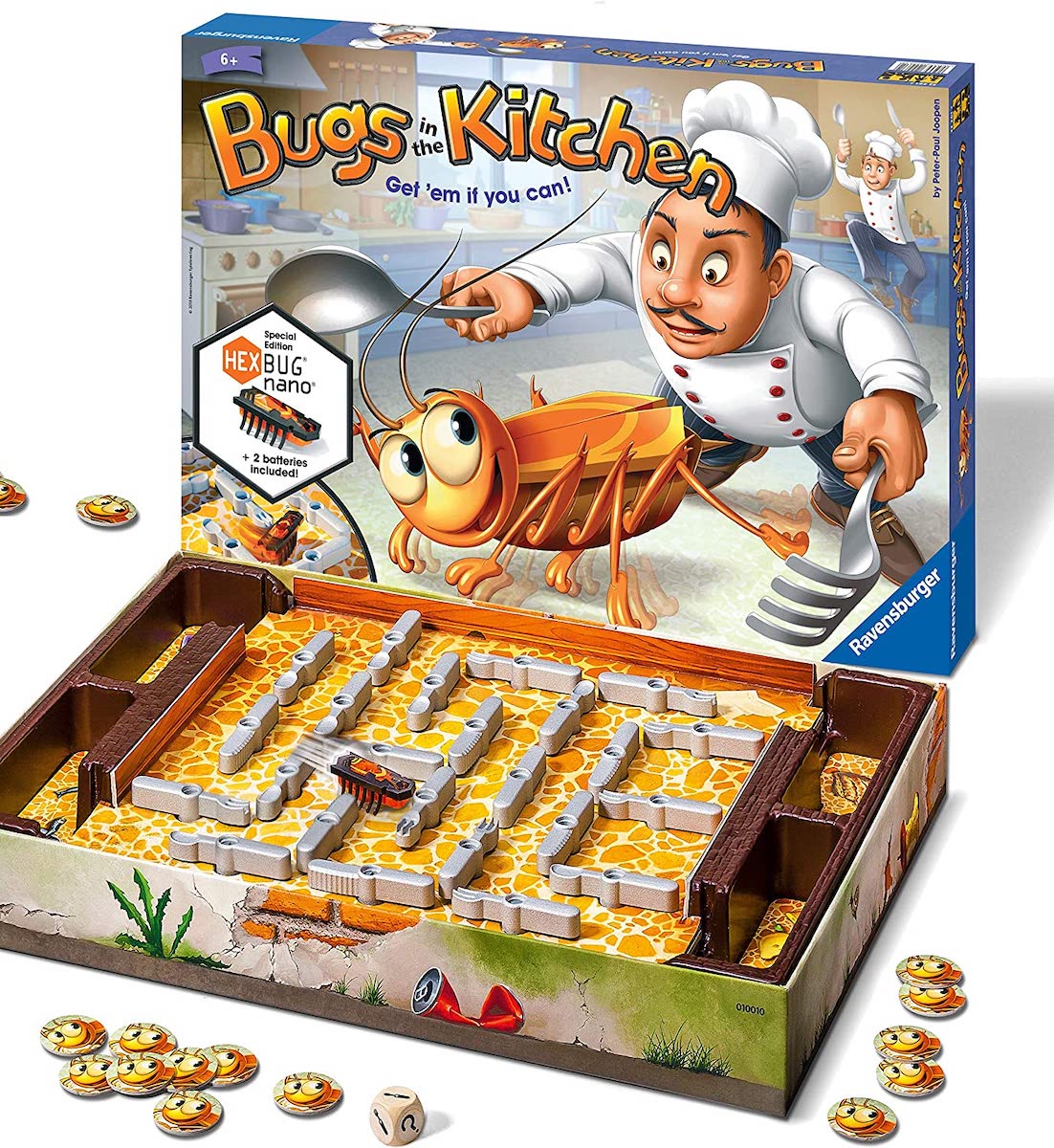 No one likes having creeping, crawling creatures in their homes and certainly not where meals are being prepared. The second you notice those pesky pests, it’s time to call the exterminator!

This game uses a battery-operated hex bug, a 3D board with utensils, and some dice. You’ll need four players, but if you have less, you can block off a section of the board.

To begin, you release the bug in the 3D kitchen, and each player rolls the dice to determine which utensil they can turn to send the bug into their trap. The player who can trap the bug first wins the game! 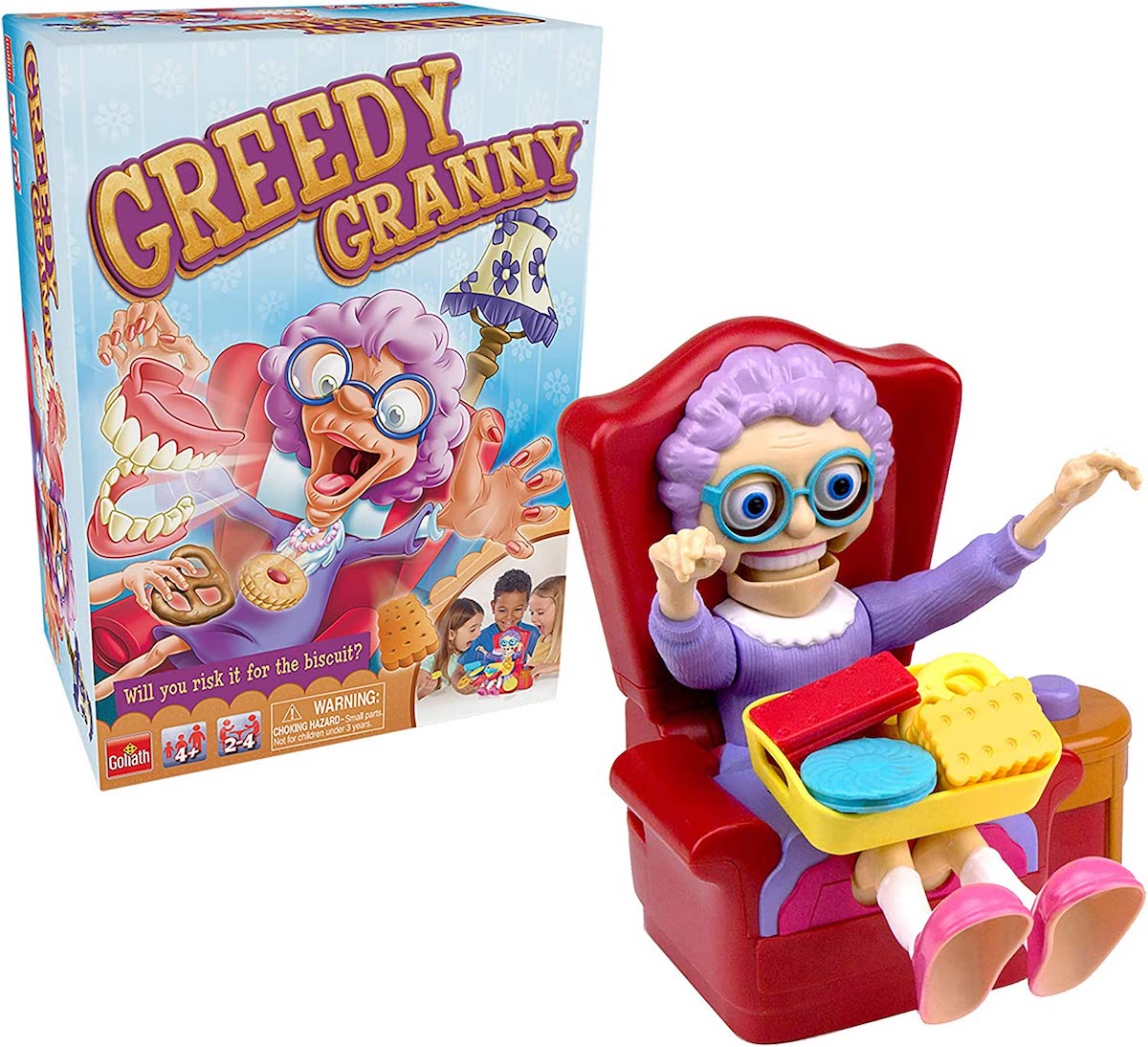 Everyone loves the textbook definition of an ideal granny. After all, who wouldn’t love a kind white-haired woman who knits sweaters for Christmas and feeds you yummy chocolate biscuits?

However, this game isn’t about a nice granny who gives you lots of sweets. Instead, your goal is to steal those treats before she wakes up from her nap.

First, you’ll place granny’s teeth into her mouth and gently recline her chair until you hear a click sound. Each player will take turns spinning the spinner, collecting treats, and pressing the button on her chair. If granny wakes up after a player has picked a treat, that player has to return all of their treats.

The game ends when a player has managed to gather one of each type of treat!

12. Yeti In My Spaghetti 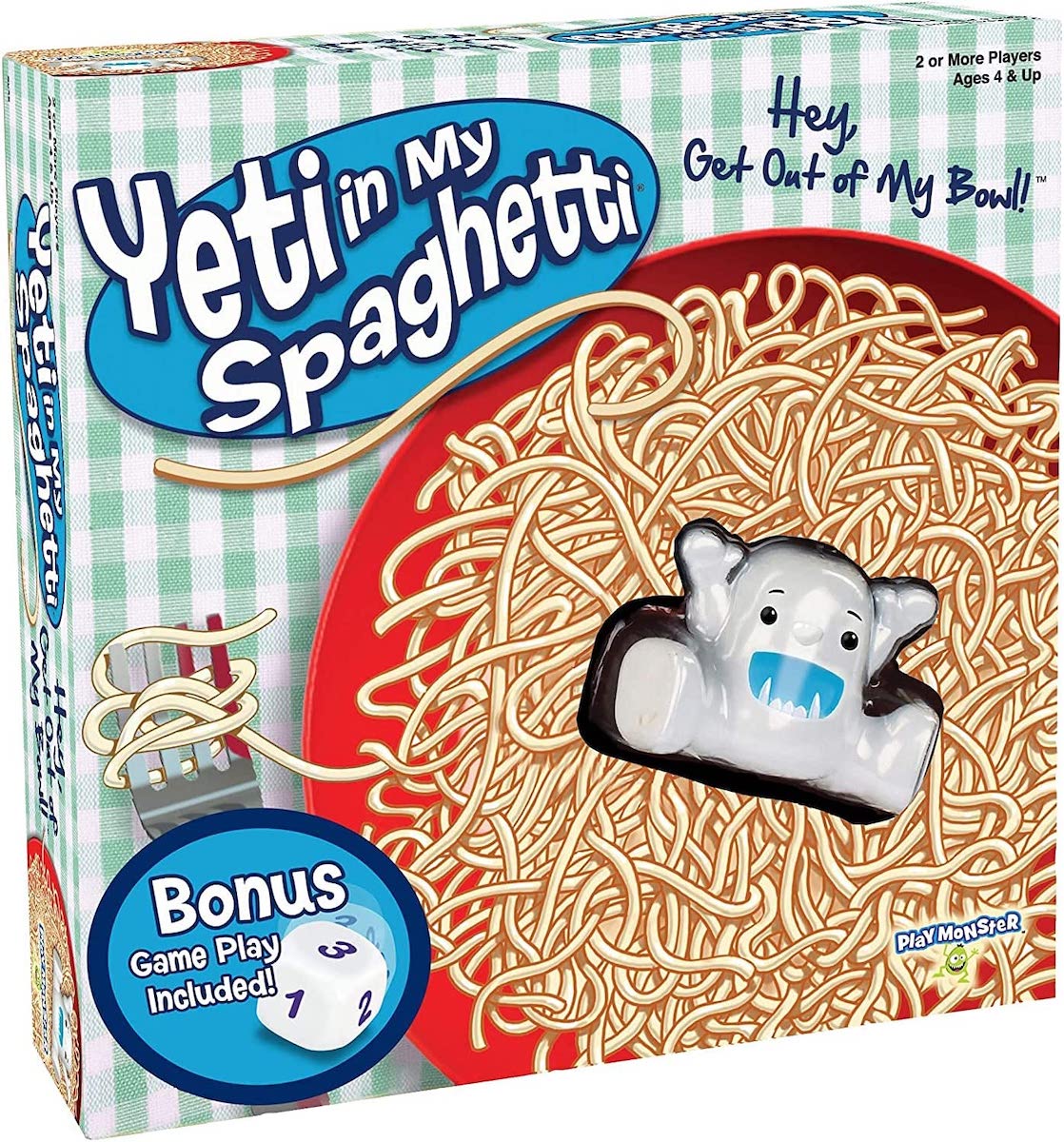 Yeti In My Spaghetti is a terrific board game that is a bit like the “Don’t Break The Ice” game. It’s perfect for elementary school kids and will surely keep them entertained for a long time.

First, you’ll need to place the long spaghetti noodles in a criss-cross manner on a bowl, then place the little yeti on top of the spaghetti. Each player will then take turns picking a single noodle until the yeti falls into the bowl.

It’s very easy to play, and there are only two rules: once you touch a noodle, that’s the noodle you must pull, and you can only use one hand to remove that noodle. 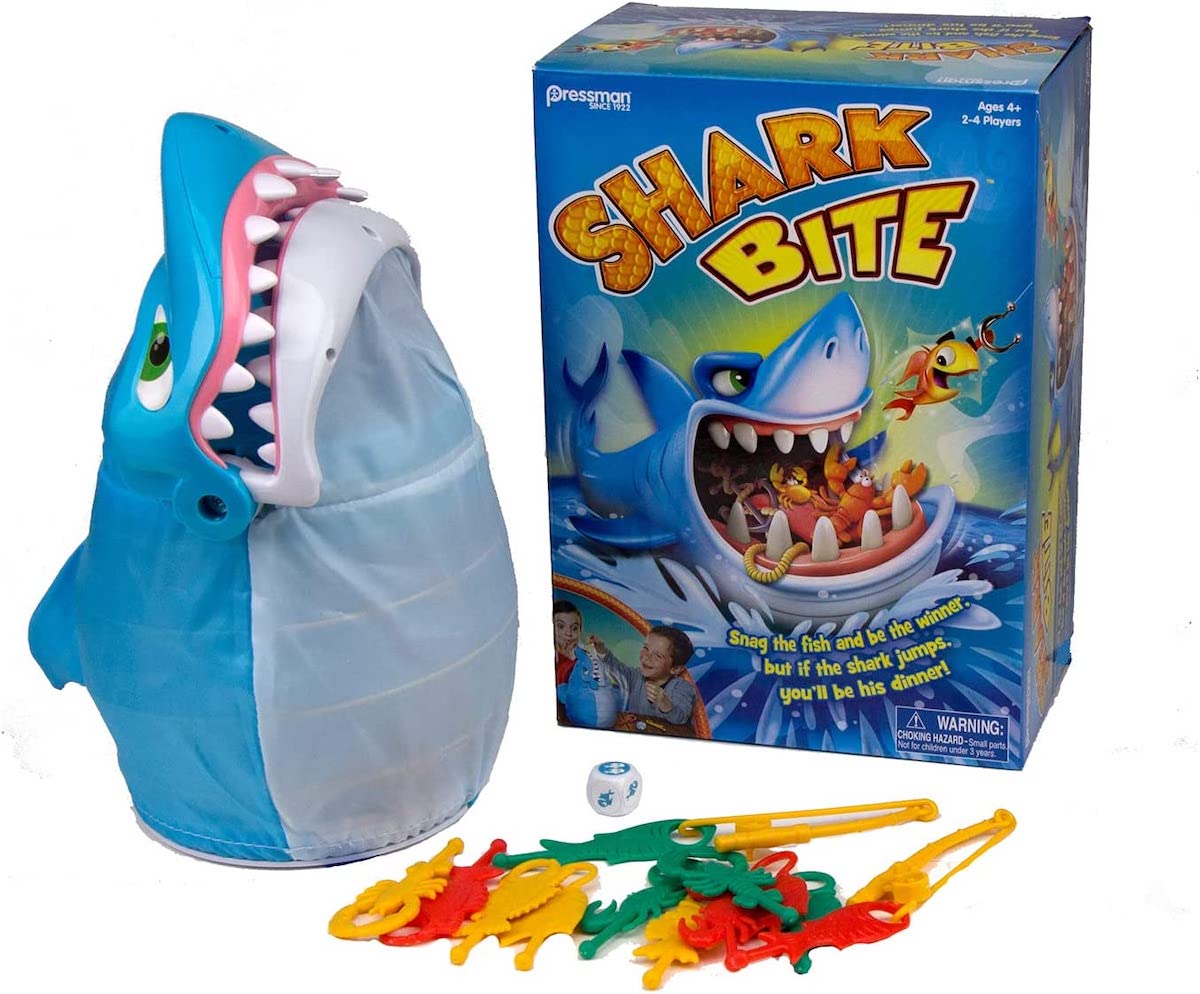 Watch out! The shark can decide to shut its mouth at any time. The game ends when the shark shuts its mouth, and the player with the most sea creatures is declared the winner. 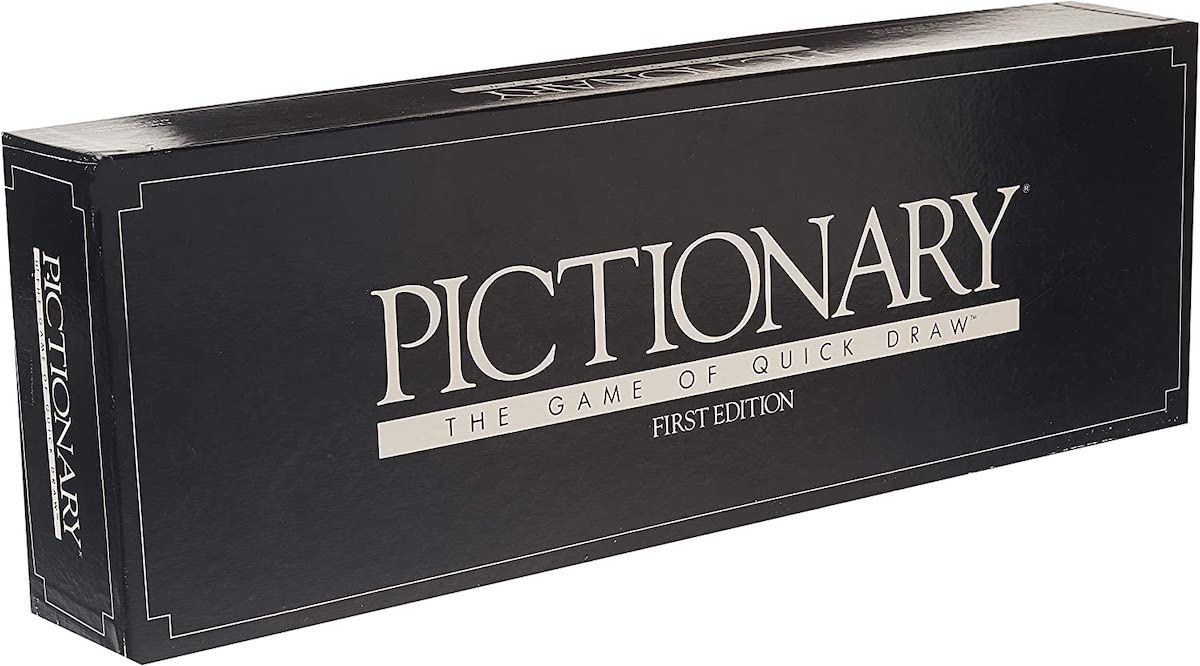 There’s nothing more exhausting than trying to get your kids to speak to each other after they’ve argued. This game gives you the perfect avenue to settle residual ill feelings and teaches your kids the importance of working together.

First, you’ll have to set up the board and cards, get several pieces of paper and pens, then divide the players into equal teams. Once you’ve done that, each team will select an artist for the first round. You will then draw out the first card and allow the artists to see the descriptions on it.

The timer is turned, and each artist begins to draw simultaneously while their teammates have one minute to guess what the sketch is. The first team to guess correctly then rolls the die and moves forward by that number of spaces before the game can continue. After each round, a different artist will be selected from the teams so that everyone will have a shot at drawing.

If you don’t have the board, you can create a DIY version and have fun designing the cards!

This brings us to the end of our list. Now you know over a dozen board games you can use to keep the kids entertained. So whether you’ve been asked to babysit a couple of kids, are organizing a party, or simply trying to stop your kids from arguing all the time, you have the proper toolkit at your fingertips.

Asides from keeping them entertained and out of your hair for a couple of hours, you’ll also be helping them learn the importance of teamwork and help develop their creative and critical thinking skills. We hope you have lots of fun organizing these games!