Reminiscing the good old days of tea parties, childhood play dates, sleep-overs, and the likes, it is disheartening that most of these rituals have been lost due to advancements in technology. Globalization, intended to serve as a bridge connecting families and loved ones, has suppressed physical quality time.

Rather than creating memories with those around us during our leisure, in the physical world, we prefer to spend time away in the online world. In the spirit of rekindling the flame that fostered strong bonds, we must take a trip down memory lane to revisit some of these fantastic games.

Yes, you guessed right, this article is all about the pinnacle of teenage girlhood: girls’ night party games. There is nothing like ending the worries, hustle, and bustle of the day with a fun time with your girlfriends. Without further ado, let’s dive right in!

What goes around comes around. Well, not in Chinese whispers. In this game, players are seated in a circle, and a sentence (preferably long) is passed around in whispers. Get ready for a good laugh when the last person says what she heard. The information is passed back oppositely from how it started, but it is said out until the defaulter who gave the wrong message is caught. 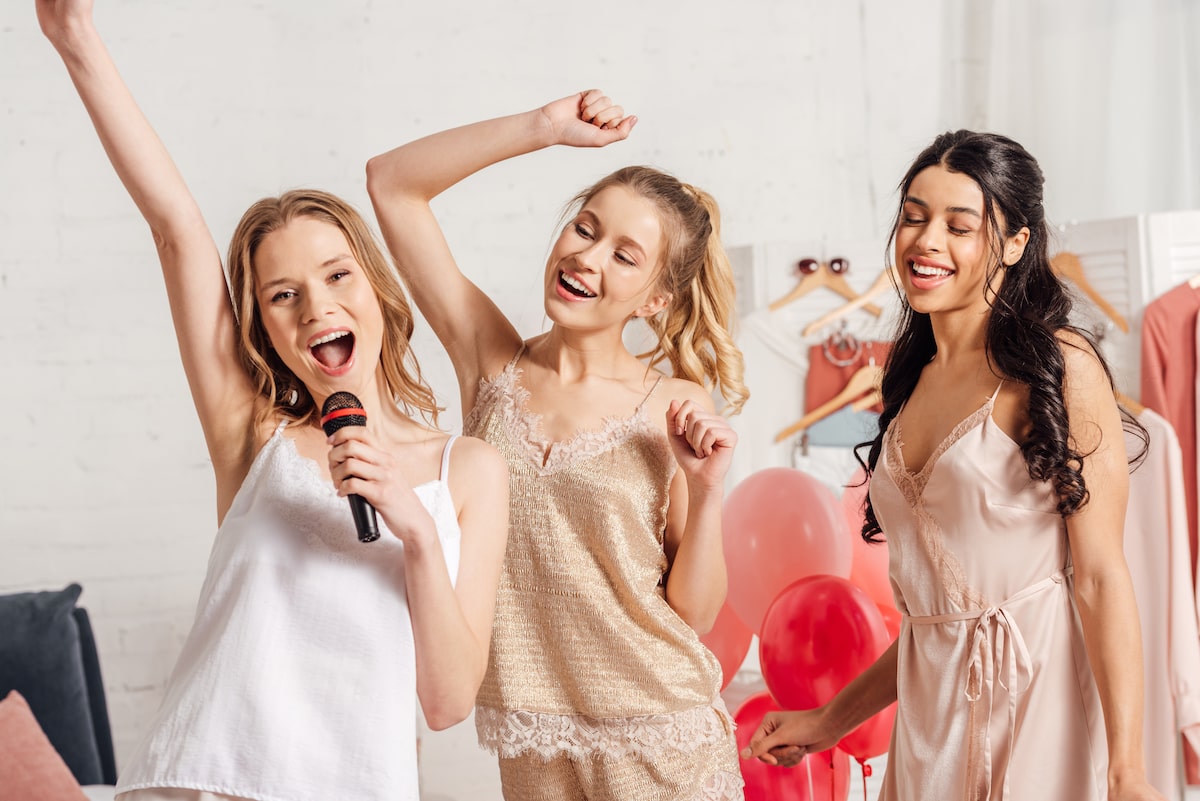 A Girls’ night party is incomplete without karaoke! You and your girlfriends sing along to the lyrics of any song. Whoever sings the wrong lyrics takes a shot of alcohol. It’s sure to get spicier when the words start dancing in your mind’s eye.

This game is an excellent way of getting to know each other better. Each person takes turns to tell two truths and a lie about themselves. If the lie is figured out, she takes a shot; if not, every other person takes a shot.

This game is undoubtedly the most popular on this list. Each person has only two truths allowed. In a clockwise/anti-clockwise manner, a player asks the next to do a dare or reveal something. If she is unable to perform any, she has to take a shot.

Two bottles containing water and clear but strong wine are placed side by side. A shot of both is given to a player. After carefully selecting and drinking one, the others are expected to guess which she drank from by her facial expression. If their guess is correct, the player who drank loses.

Coined from the tiktok trend, “put a finger down,” players hold up their hands. Taking turns, they say ‘put a finger down if …’ and add anything. The last person who has her thumbs out is the winner. 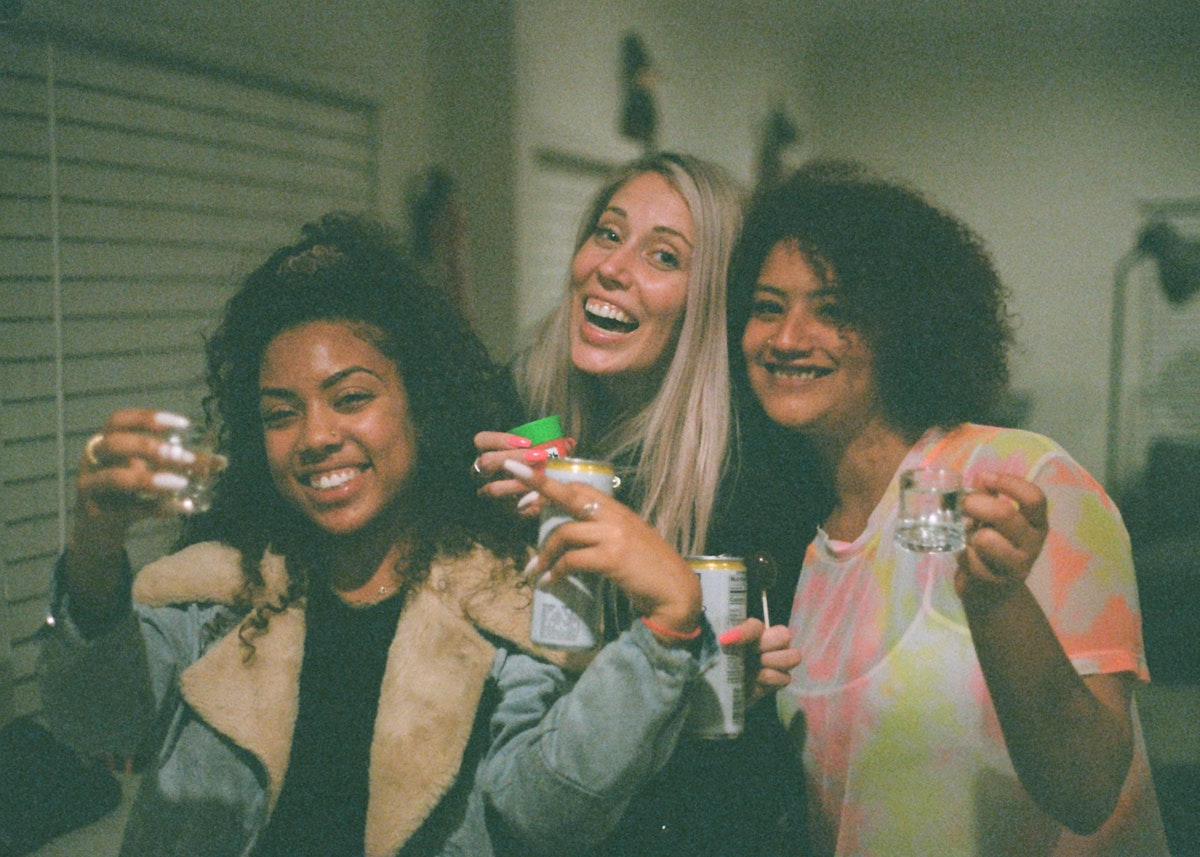 In this game, one person is assigned the role of the secret murderer. She kills anyone she makes eye contact with, but in this case, the person takes a shot instead. The goal is to find out who it is before she kills everyone else.

Each person is expected to make someone up while wearing blindfolds. In the end, the artist with the least terrifying blindfold makeup skills is declared the winner of the game.

A theme is selected, and each person is expected to raid the host’s wardrobe and find anything to dress themselves up in line with the theme. The person who depicts the theme best is declared the winner.

A player is chosen to be the bartender. Her job is to create a cocktail by mixing random drinks. If any other person can correctly guess her secret ingredients, she loses.

Random words are written on paper scraps and jumbled together in a container. Taking turns, everyone gets to pick a piece of paper and describe the word with a drawing. If the others can guess their teammate’s word correctly, she wins.

In this drinking game, two teams of equal numbers are formed. At the start of the game, the first member of each group picks up their drink, drinks it, and places the empty cup on their head. The following person on the team continues the pattern till it gets to the last person. The team that finishes first wins. 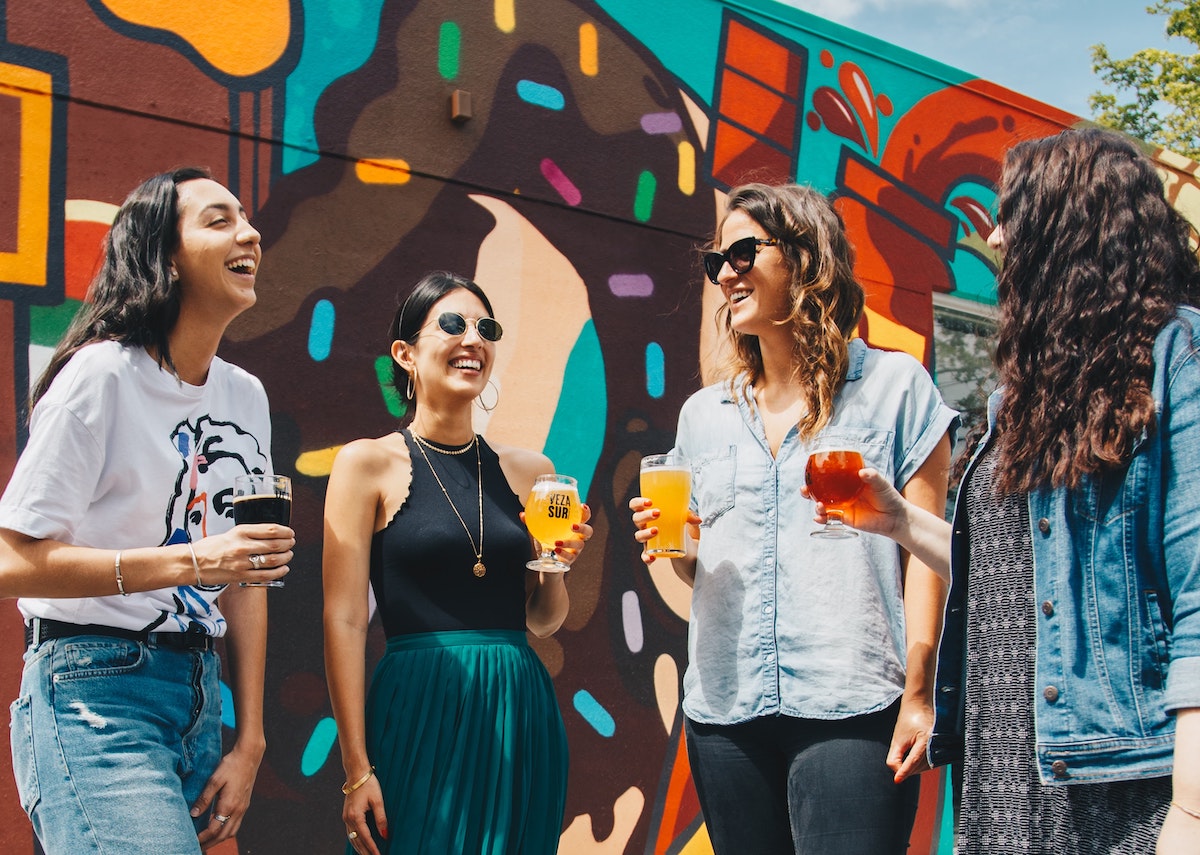 At the start of the party, a poison word is given. No one is allowed to use that word throughout the night, and any defaulter is punished with a shot. To make it a bit spicier, you can make use of some keywords like “and.”

This is a game in which questions demanding yes or no answers are asked. Any player who hesitates or gives another reply is out of the game. It goes on this way until a winner is declared.

In this speed game, a word is said, and the next person has to say a rhyming word. Anyone who hesitates or says a non-rhyming word leaves the game until we have our Rhyme-Queen.

Related:   11 Unique Care Package Ideas for Your Loved Ones

Three names are called for each player, usually of three guys she is close friends with, or it could be a celebrity edition. Each player is supposed to tell the others which person she would kiss, kill or marry.

This game is a challenge to test for the real gist-hunters. With loud music playing in the background and each player having their ears plugged listening to music again, the players are expected to read the lips of the player talking, and the first person to figure out what was said wins.

The first person says a word, and the next person repeats it and adds hers. A chain of words is formed, and it goes on until someone leaves a word out or stutters. Then, she leaves the game, and the chain restarts.

Some pretty cool online games can be played indoors. These games are primarily question-based and require enough trivia knowledge, such as “Kahoot it.” 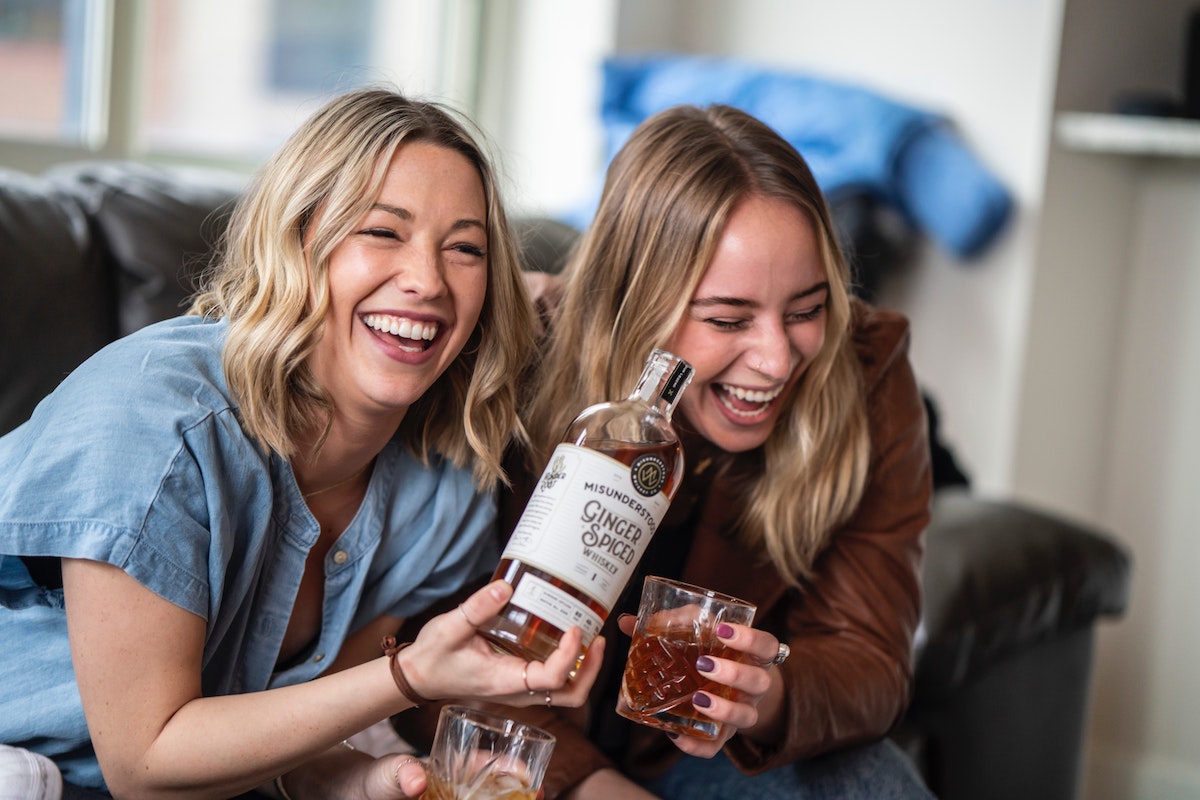 If you are looking to see a movie and have an excellent time, you can try making it a bit more fun. You all take a shot whenever certain words or phrases are used in the movie. You will be amused by exactly how often those words are mentioned.

In charades, the party is split up into two teams. Random words are written on paper in a particular theme (movies, songs). A player is called from a group, picks up a paper, and tries to describe the word to her teammates without speaking. If her teammates can successfully guess the word within the stipulated time frame, they are awarded a point.

Words are written on sticky notes and shuffled. It could be an animal, food, or any edition.
Each player chooses a sticky note and places it on their forehead without reading it. Then, they take turns guessing the word on their foreheads. Whoever correctly guesses her word wins.

A player picks a song and hums the tune. The other players try to guess the song’s name, and the first to do so correctly wins. We can also play the game in different ways, so feel free to explore your creativity.

Different items commonly found in a lady’s purse are called in this game. Each player is expected to produce theirs, and failure to do so eliminates them from the competition. This process goes on until a winner is found.

This game is no different from the one we played at childhood parties. Chairs are arranged in a circle. However, there should be one less chair than the number of players. It follows the same rule of dancing to music around chairs until the song is stopped. The person left standing leaves the game.

Small cups containing different drinks or snacks are arranged round in a circle. A bottle is placed at the center and spun twice. The first time is to determine whose turn it is, and the second is for what cup content she should consume.

Each person is given a spoon and two cups – one filled with a drink and the other empty. The idea of the game is to transfer the drink to the empty cup with only the spoon. When the time is up, everyone has to drink whatever they didn’t transfer. 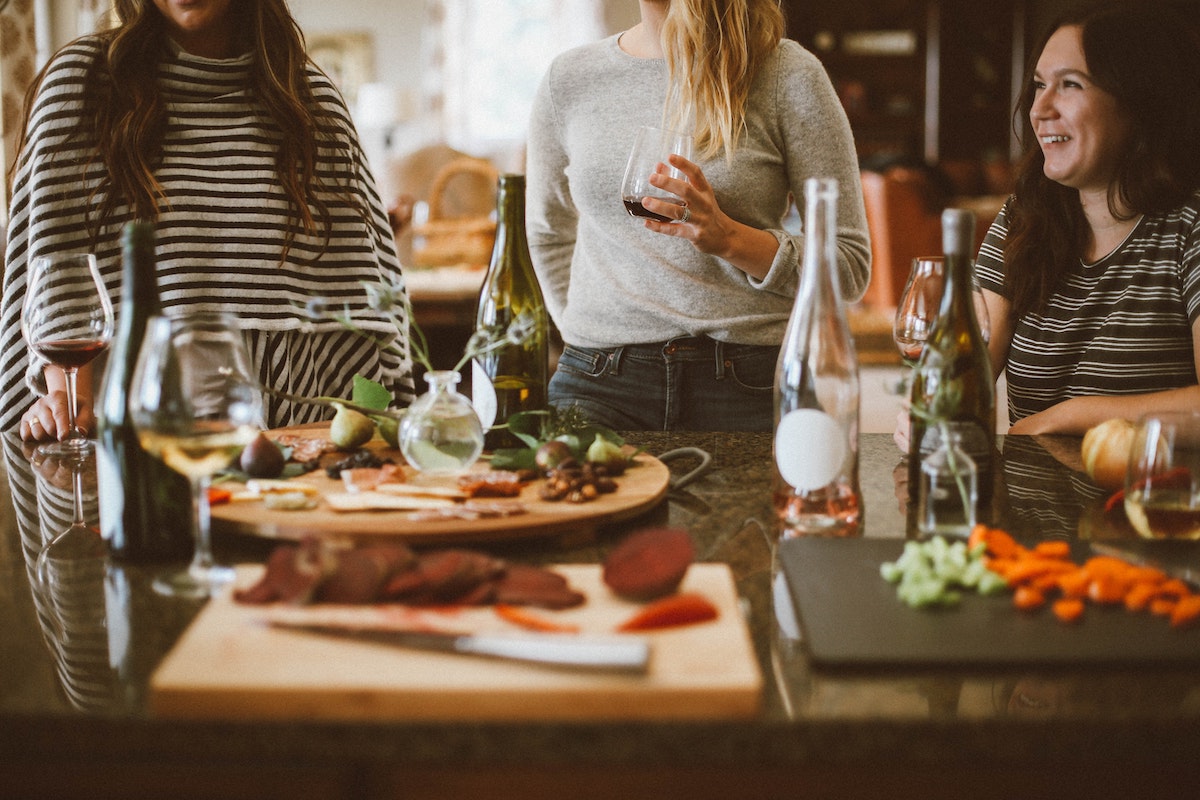 In this game, someone cracks a joke, and all players maintain a ”Stoney-face.”

As the name implies, you will need to incorporate jelly bear packs. Each player is given a bag and is expected to separate the colors in 60 seconds. Unsuccessful players face a penalty (usually to take a shot).

This game is played at every girls’ hangout. The rule is simple. Each player takes turns to say something they have never done, beginning with “never have I ever ….” In addition, anyone who has done that thing takes a shot. Make sure to drink responsibly and have some pills for a hangover handy.

So there you have it, folks, some exciting games you could try out at a girls’ night out. Going through this list will set your spirit of nostalgia ablaze. Who knows? You might even get the gang together to relive these memories. Whatever you decide, be sure to have lots of fun!